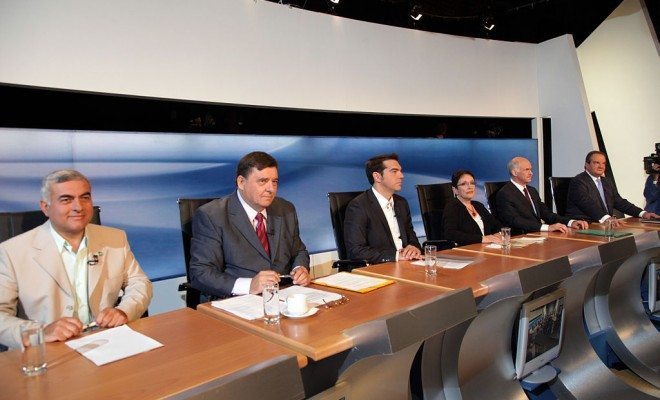 The Syriza Party: A Fresh Start for Greece?

The most recent elections in Greece are over and the relatively new Syriza party has been declared victorious. This historic election means that there will be changes in Greece–those changes, however, could be very drastic not only for the country itself but for the entirety of the European Union. The Syriza party could be a great force for change in Greece, or undo some of the economic progress that has been made in recent years.

What was the situation in Greece leading up to the elections?

Greece has been in less-than-stellar shape since the global recession began in 2008. The country is severely in debt, has a high unemployment rate, and low wages. The government was also much-maligned; in December the Greek Parliament rejected former Prime Minister Antonis Samaras’ preferred candidate for President. When that happens an immediate election must take place, and that rush to the ballot box brought a number of parties to the forefront, including the Syriza party.

Syriza, which means “Coalition of the Radical Left,” is a fairly recently created political party in Greece. It became an official party in July 2013. Since then it remained small until this election when it won by a landslide. Syriza is led by the new president of Greece, Alexis Tsipras.

What is the Syriza Party ideology?

The Syriza Party defines itself as a party of the democratic and radical left whose ideology took root in popular struggles for Greek independence, democracy, labor, and anti-fascist movements in Greece. Even though the party consists of a collection of many different ideological currents and left cultures, the group has built its identity on a synthesis of the values of the labor movement with those of the ecological, feminist, and other new social movements.

Syriza is also well known as an anti-establishment party, and ran on a platform that promised to fight an entity known in Greece as the “Troika,” which consists of the of the European Commission, the International Monetary Fund, and the European Central Bank. Syriza wants to force these groups to forgive some Greek debt and allow the country to enact a program of stimulus spending, among other reforms.

How did Syriza fare in the 2015 elections?

The Syriza party did extremely well in the election. According to the Greek Interior Ministry, Syriza won 36.3 percent of the vote, enough to obtain 149 of the 300 seats in the Greek Parliament.

What does Syriza’s win mean?

The Greek Parliament requires 151 members in order for a party to become a majority, and by extension form and run the government. While Syriza won the most seats, it did not get quite enough to make a majority on its own. This requires it to form an alliance with a party or number of parties in order to make a coalition government. While Syriza is a leftist party, its choice of an ally may seem strange. It reached out and allied itself with the Independent Greek Party, which is a group on the right. The two parties have nothing in common except that they both have a mutual opposition to austerity and the way that Greece has been treated by the rest of Europe. However, their unity means that the Syriza/Independent Greek Party coalition is in control, and elevates Syriza’s leader, Tsipras, to the position of President.

How did other parties fare in the election?

After Syriza, the New Democracy Party won 27.9 percent of the vote, or 76 seats. This party ran on the vision of a new socio-economic development model for the country.

The KKE Party, which is a communist party that follows the ideas of Marxism-Leninism, acquired only 5.5 percent, enough for 15 seats. The Pasok Party, which ran on a platform of freedom, democracy, and a better future, ended up with 4.7 percent percent of the vote tying it with the Independent Greeks Party, which believes in the political system of parliamentary democracy, as well as religious freedom. Each of these parties won 13 seats.

The main issue that has united the Syriza and Independent Greek parties is austerity. Austerity in its simplest form involves policies to reduce government spending and/or higher taxes in order to try to reduce government budget deficits. According to the Atlantic, what this means in Greece’s case is a series of spending cuts and tax hikes designed to reduce the country’s enormous bailout debt, which currently equals 175 percent of its GDP.

The austerity measures, which were put into place in 2012, were beginning to work, according to outgoing Prime Minister Samaras, and he has the facts to back him up. Since 2009, Greece’s primary deficit has gone from a whopping 10.7 percent of gross domestic product (GDP), to a primary surplus of 2.7 percent of GDP. In addition, the banking sector is much stronger and more resilient than it has been since the beginning of the economic crisis.

Despite all of the economic good news, the changes have not improved life soon enough for the Greek people who have found themselves in dire straits. Four million Greeks have been reduced to poverty and they can’t do much about it because unemployment has soared to 28 percent. To make matters worse, wages have dropped 12 percent in the same time frame. The new government promises to change that by gaining debt forgiveness, even if it means going head to head with the rest of the European Union, some members of which have already said that they will not be backing down. They hope that other nations who have parties with similar ideologies will be able to gain control of their respective governments and force the EU to concede to their demands.

What does this election mean for Greece’s debt?

The election means that Greece is going to look at other methods to pay its debts, get them forgiven, or if left with no other option, default on them. The party is hoping to bully the Troika into submission, but that will be difficult since it will have a hard time asking other nations for help. The video below explains the challenge that Greece will have to deal with.

How has the rest of Europe responded?

The main response to the elections in Greece came from Europe, and so far these responses have been cold at best. This is particularly true of the entities that make up the Troika. With Syriza’s platform so centralized on removing the austerity measures and the Troika refusing to back down, both sides are gearing up for a fight.

European Union Commission President Jean-Claude Juncker already warned that any reduction of Greece’s debt commitments is not even on the Commission’s mind. His thoughts are being echoed by Jeroen Dijsselbloem, president of the Eurogroup, who stated that “There is very little support for a write-off in Europe.” This means that Greece will have an uphill battle to get anything done in terms of debt reduction. The results of this clash will be watched by other nations that are close to being in the same boat as Greece, such as Italy and Spain.

This leaves Greece with a few options. The country could default on its bills and as a result leave the EU–an option that neither side wants to see happen as it is an extremely unpopular idea in Greece and not a popular one in the EU either. The other option is for the Troika to cave into Syriza’s demands. However this wraps up, observers fear that parties with the same ideology as Syriza’s will gain power in other nations and force the same demands, which could spell big problems for the European Union down the road.

Syriza, an anti-bailout, anti-austerity party in Greece, has won the latest election only to find itself in a struggle with the European Union powerhouses. If Syriza fails, Greece could be forced from the European Union; if it succeeds, the EU will be forced to alter terms with other nations that are in debt to the banks, as well. No matter what, Syriza’s election spells big changes for Greece.

Syriza: Who We Are

Fortune: Why the Greek Elections Might Be the Beginning of the End for the Euro

Time: 5 Facts About the Greek Election

Editor’s Note: This post has been updated to credit select information to the Atlantic.

Chris Schultz
Chris Schultz is a Midwestern country boy who is a graduate of Dordt College in Sioux Center, Iowa and holds a bachelors degree in History. He is interested in learning about the various ocean liners that have sailed the world’s waters along with a variety of other topics. Contact Chris at staff@LawStreetMedia.com.
Share:
Related ItemsAntonis SamarasEUEuropean UnionFar LeftGolden DawnGreeceGreekGreek ParliamentSyrizaTroika