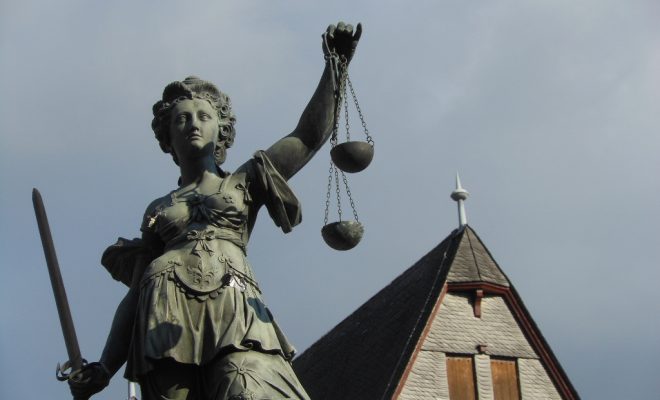 Arguably the most prominent debate about inequality in the justice system has been the killing of black men by police officers who are often white. Aided by the ubiquity of smartphones used to document these shootings and the growing prominence of movements like Black Lives Matter, the issue has been thrust into the spotlight in recent years. But despite a glaring lack of data, the issue had likely been a problem long before it received so much public attention. While police shootings have rightly become an issue, racial disparities persist in areas of the justice system that often go unnoticed. A notable example of this is justifiable homicides.

In a new analysis from The Marshall Project, researchers found that both the race of the victim and killer are associated with large differences in the rate at which killings are ruled justified. “When a white person kills a black man in America, the killer often faces no legal consequences,” write authors Anna Flag and Daniel Lathrop. They found that although about 2 percent of all homicides committed by civilians were ruled justifiable between 1980 and 2014, 17 percent of homicides involving a white person killing a black man were deemed justifiable homicides. That rate stands out when you compare it to other circumstances; the authors find:

It is important to note that in most homicides, the killer and the victim are the same race, and few involve people who are strangers. But although this research covers a fairly small percentage of all homicides, the scale of the racial differences are quite notable.

The analysis, which used data for more than 400,000 homicides between 1980 and 2014, provides a detailed picture of when killings are ruled justified. While the FBI collects data for several different violent and property crimes, it offers expanded data for homicides allowing for several additional layers of analysis. The expanded data includes details about the victim and killer–including age, race, ethnicity, and sex–as well as the circumstances of the crime, like whether a weapon was involved and how the police classified the incident.

There are large racial disparities in the overall number of justifiable homicides, and those differences persist when you filter the data down to a variety of circumstances. Regardless of the relationship of the victim and the killer, differences in age, whether a weapon was used, or the police department reporting the incident, the disparities persist. Flag and Lathrop note,

Even after adjusting for the ages of the killer and victim, their relationship and the weapon used, the likelihood of a white-on-black-male case being called justifiable was still 4.7 times higher than in other cases.

U.S. law generally grants people the right to use lethal force when they fear their lives or the lives of others are in danger, while the specific details of self-defense laws are left up to the states. Much of the research on justifiable homicides has focused on what are known as Stand Your Ground laws, which typically expand a person’s right to use lethal force to a wider range of circumstances. These laws became particularly controversial in 2012 when George Zimmerman was acquitted of killing Trayvon Martin, an unarmed black teenager. In fact, the police decided against arresting Zimmerman in the immediate aftermath of the shooting because he claimed that he acted in self-defense, which is likely a result of Florida’s Stand Your Ground law.

A study published earlier this week in JAMA Internal Medicine found that both justifiable homicides and the total number of murders increased significantly after Florida passed its Stand Your Ground law in 2005. According to the researchers, the total increase in murders–up about 22 percent in the 10 years since the law was passed–exceeded what is attributable to the increase in justifiable homicides alone. The authors note that in the six years before the state enacted its Stand Your Ground Law, justifiable homicides accounted for 3.4 percent of all homicides. That percentage increased to 8.7 percent between 2006 and 2015, a 75 percent increase.

Another study of justifiable homicides from 2013, which focused on the consequences of state Stand Your Ground laws, found racial disparities that are similar to those found by the Marshall Project. In his analysis of the FBI’s expanded homicide data, John Roman at the Urban Institute concluded that not only are there are large racial differences in justifiable homicide rulings, but Stand Your Ground laws actually increase those disparities.

There are important limitations in the FBI data that prevent broad conclusions about the potential role of racial prejudice in these findings, however. One notable example is that while the FBI collects a lot of supplemental information about these homicides, police departments do not provide data on the location of the incidents. If the location–an important piece of the context in self defense claims–is systematically different in cases where a white person kills a black man, the disparity could be attributed to that. Put another way, the facts of a homicide that occurred in someone’s home may be quite different from one that occurred on the street. Because we cannot know all of these crucial details about each case, we can’t conclude that racial bias, either on the part of the police or a jury, is responsible for the difference. Additionally, there can be notable gaps in the available data because it is voluntarily reported by the police and does not always reflect the final result of a case. The authors note that while a jury ultimately acquitted George Zimmerman for killing Trayvon Martin, Martin’s death was classified as “other” in FBI data rather than as a justifiable homicide.

While we cannot know for sure whether prejudice is responsible for the racial discrepancies, there are a number of ways that such bias could come into play. From prosecutorial discretion over whether a case even goes to trial, to the inherent subjectivity involved in determining whether a person is in danger, overt and implicit bias certainly could play a role in these rulings.