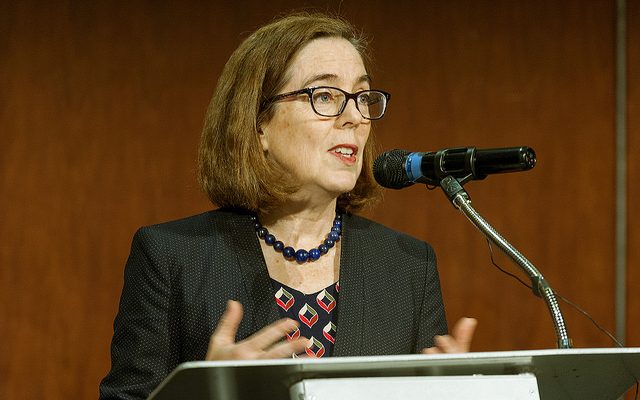 Image Courtesy of Oregon Department of Transportation License: (CC BY 2.0)

People in Oregon who are arrested while in the possession of small amounts of drugs will no longer face felony charges. Oregon Governor Kate Brown signed HB 2355 into law on Tuesday, reducing the classification of possession of certain quantities of drugs from a felony to a misdemeanor.

Individuals convicted of the misdemeanor now face up to one year in prison. Prior to this move, those same individuals faced up to five years in prison for possession of any amount of cocaine and methamphetamine, and up to 10 years for heroin and MDMA, according to the Huffington Post.

In 2014, California became the first state to defelonize minor drug crimes after voters approved Proposition 47. The ballot measure also included the reclassification of other felonies such as certain theft and fraud charges as misdemeanors.

In recent years, the U.S. federal government has begun to rethink sentences for some drug-related crimes. CBS reported in 2016 that more than 26,000 federal drug offenders had received shortened prison terms as a result of sentencing guidelines changes that the U.S. Sentencing Commission approved in 2014. The reevaluation of drug penalties is not just occurring in the U.S., but has become a global effort. Countries are working to lessen the power of organized crime and promote rehabilitative treatments for drug users.

Changes to federal drug policies in the U.S. may be slow to progress under Attorney General Jeff Sessions. But states like Oregon could play a significant role in ending the “war on drugs” through drug defelonization and rehabilitating drug users rather than imposing harsh penalties on them.

Marcus Dieterle
Marcus is an editorial intern at Law Street. He is a rising senior at Towson University where he is double majoring in mass communication (with a concentration in journalism and new media) and political science. When he isn’t in the newsroom, you can probably find him reading on the train, practicing his Portuguese, or eating too much pasta. Contact Marcus at Staff@LawStreetMedia.com.
Share:
Related ItemsCocaineCriminal Law NewsdefelonizationDrug SentencingFelonyGovernor Kate BrownHB 2355HeroinMDMAMethamphetamineMisdemeanorOregonoxycodoneProfiling