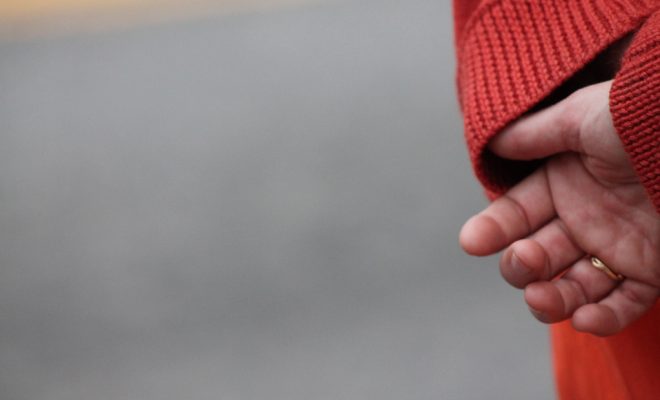 Guantanamo Bay’s Ex-Detainees: Where Are They Now?

On July 7, the Canadian government formally apologized to Omar Khadr, one of Guantanamo Bay’s ex-detainees. Speaking at a press conference, Public Safety Minister Ralph Goodale and Foreign Affairs Minister Chrystia Freeland confirmed that Khadr and the Canadian government had reached a financial settlement of $10.5 million. Khadr had filed a civil suit against the government in 2014 for conspiring with the U.S. to abuse his rights.

“We hope that this expression, and the negotiated settlement reached with the government, will assist him in his efforts to begin a new and hopeful chapter in his life with his fellow Canadians,” Goodale and Freeland said in their statement.

Speaking to CBC, Khadr said that he hopes the formal apology will restore his reputation, but is sorry if the settlement causes pain to the family of Sgt. Christopher Speer, the medic he allegedly killed in 2002.

Khadr is just one example of a former Guantanamo Bay prisoner struggling to reintegrate into society. Read on to learn the details of what it means to be a former Guantanimo Bay detainee.

Overview: The Detention Center and Its Numbers

Naval Station Guantanamo Bay is located on 45 square miles of land on a bay of the same name in Cuba. The U.S. leased it from Cuba in 1903, but it did not officially function as a detention center until the early ’90s, when it housed HIV-positive refugees fleeing a Haitian coup. Still, the base did not gain its negative reputation until after the 9/11 terrorist attacks. The first U.S. prisoners of the War on Terror–20 Afghans–arrived on January 11, 2002. Since then, according to the New York Times‘ extensive database on Guantanamo, about 780 prisoners have been detained at the base. Of that number, around 730 were eventually released without charges. Many of those transferred had been held for years. There are currently 41 detainees still at Guantanamo.

Only seven of the remaining detainees have been formally charged with any sort of crime. Five have been approved for transfer to their home countries or third-party nations, but still remain at Guantanamo Bay. Most of the detainees have had dual citizenship, but over the course of the detention center’s history, the largest group of single-nationality War on Terror prisoners comes from Afghanistan. Of the 41 detainees remaining today, 16 come from Yemen, five come from Afghanistan, six from Pakistan, and eight from Saudi Arabia. The rest come from other Middle Eastern and African countries. There have been Russian prisoners on record as well, but the last one, Ravil Mingazov, was transferred to the United Arab Emirates in January.

Throughout the detention center’s history, 15 prisoners under the age of 18 have been detained. Nine prisoners died in custody, six of them suspected of suicide.

On his second day in office, former President Barack Obama signed an executive order to close the detention center within one year, but due to widespread opposition, the facility has remained open. President Donald Trump, meanwhile, vowed on the campaign trail to “load it up with some real bad dudes.” Attorney General Jeff Sessions visited the base and detention center on July 7.

In 2016, the Office of the Director of National Intelligence (DNI) released a report summarizing the status of certain recidivist ex-detainees–that is, former Guantanamo Bay prisoners suspected of returning to terrorism. Prior to January 15, 2016, 676 detainees had been transferred out of the Guantanamo Bay detention center. Of the transferred detainees, 118 were “confirmed” to have reengaged in terrorism. The Bush Administration had transferred 111 of the detainees while the Obama Administration transferred seven. According to the DNI report, 63 of the 118 were still at large, while the rest were either dead or in custody.

Concurrently, 86 of the transferred detainees–74 under the Bush Administration and 12 under the Obama Administration–were “suspected” of returning to terrorist activities. Sixty-five are at large, while the rest have been killed or captured. About 30 percent of the total number of ex-Guantanamo Bay detainees have reengaged in terrorism activities.

Born in Canada in 1986, Khadr went with his family to Afghanistan and Pakistan when he was eight years old. In 2002, during a firefight with U.S. troops at a suspected Al-Qaeda compound, Khadr supposedly threw a grenade that killed Sgt. Christopher Speer. He was captured and sent to Guantanamo Bay, where he was treated as an adult prisoner despite being only 16. As a part of his torture, he was beaten, denied medical treatment, held in solitary confinement, and bound in “stress positions.” He also claims to have been used as a “human mop” when he urinated on himself.

Khadr was charged under the Military Commissions Act of 2006 and is the only Guantanamo captive so far charged with killing a U.S. soldier. He confessed to killing Speer in 2010 as part of a plea deal to get him transferred to a Canadian prison, but has since recanted, claiming that he has no memory of the firefight. He was released in 2015, two years after filing a lawsuit against the Canadian government. As per the conditions of his release, he was required to live with his lawyer, abide by nightly curfews, and wear a tracking bracelet.

In the wake of the government’s formal apology and settlement, Speer’s widow petitioned to have Khadr’s assets frozen so that he could be forced to pay a $134.1 million wrongful death judgment from a Utah court. A judge rejected the petition on July 13.

Born Ronald Fiddler in Manchester, England in 1966, al-Harith converted to Islam while in college. In 2001, while on a backpacking trip in Pakistan, he paid a truck driver to take him to Iran. Taliban soldiers stopped the truck near the Afghan border and, seeing his British passport, jailed him as a spy. He was later rescued by American troops, but then sent off to Guantanamo Bay because of his “knowledge of prisoners and interrogation tactics.” He was held there without charges for two years, during which time he was beaten, starved, and deprived of sleep and adequate water.

Shortly after his release in 2004, al-Harith and 15 other ex-detainees sued the British government, claiming that it was aware of their treatment while in U.S. custody. In total, the ex-detainees received a $12.4 million out-of-court settlement. Al-Harith reportedly received around $1.2 million, but his wife later claimed that the payout was “substantially less.”

In 2014, al-Harith crossed into Syria and joined ISIS. His wife and children followed and unsuccessfully attempted to persuade him to return to the U.K. On February 19, 2017, he carried out a suicide bombing in Mosul, Iraq.

Mustafa Ait Idir is one of the Algerian Six, a group of Algerian-born Bosnian citizens who were arrested in October 2001 for allegedly planning to bomb the U.S. embassy in Sarajevo. He was transferred to Guantanamo Bay in 2002 and remained there for the next seven years. While incarcerated, according to the Center for the Study of Human Rights in the Americas, he was subjected to a beating that partially paralyzed his face. On another occasion, the Initial Reaction Force (IRF) broke Ait Idir’s finger after he refused to give them his pants (as Muslim men must be clothed while praying). The soldiers did not allow him to receive medical treatment.

Shortly after the Algerian Six’s internment, the Center for Constitutional Rights filed a habeas corpus petition on their behalf. The U.S. government rationalized that detainees at Guantanamo Bay were not protected under the Constitution because they were neither U.S. citizens nor located on U.S. territory (as Cuba still technically owns the land on which the naval base was built). The Algerian Six challenged that as co-plaintiffs in Boumediene v. Bush. In 2008, the Supreme Court ruled 5-4 that the right of habeas corpus review applies to the prisoners of Guantanamo Bay as well as U.S. citizens. Following a review of the Algerian Six’s cases files, District Judge Richard Leon ordered five of the detainees, including Ait Idir, to be released. Ait Idir returned to Bosnia.

On July 13, Ait Idir wrote an opinion piece for USA Today on his time spent on Guantanamo Bay in response to Sessions’ recent visit. His bio reveals that he is still in Bosnia, teaching computer science and living with his family. In his piece, he urges young Muslims not to turn to violence. “It is one thing to be upset, even enraged,” he writes, “it is another to be heartless. Neither Allah nor any god of any religion could ever support such cruelty to our fellow man.”

The three case studies listed above make up only a fraction of the detainees released from Guantanamo Bay. Many have returned to terrorist groups, while others are serving out the remainder of their sentences in other prisons. Some have been fully released, but are struggling to return to society.

Obama’s executive order to close the base is still on record, but the current administration has no plans to carry it out. If anything, Attorney General Sessions’ visit could be in preparation to send more “bad dudes” to the detention center. For now, though, Guantanamo Bay has taken a back seat to the health care vote and other priorities. The 41 prisoners still detained will remain where they are.

Delaney Cruickshank
Delaney Cruickshank is a Staff Writer at Law Street Media and a Maryland native. She has a Bachelor’s Degree in History with minors in Creative Writing and British Studies from the College of Charleston. Contact Delaney at DCruickshank@LawStreetMedia.com.
Share:
Related Items9/11GitmoGuantanamoGuantanamo BayOmar KhadrTerrorismWar on Terror