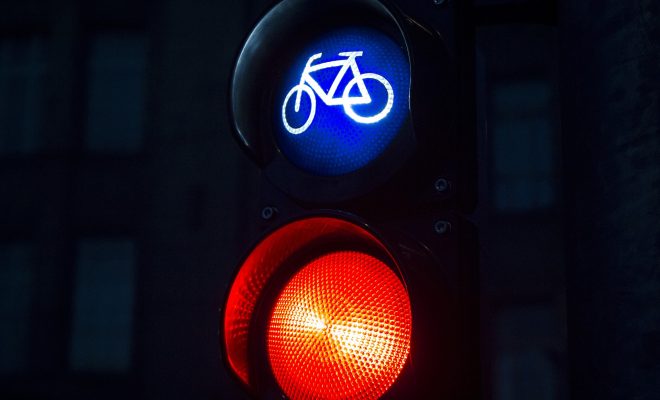 Over the past couple of years, America has been engaged in a public conversation about policing. After the scores of deaths at the hands of police officers, many people called on police departments to install body cameras on officers. Technology is changing policing in a number of other ways, including in how officers enforce minor infractions–like speeding.

With the advent of more sophisticated cameras, traffic enforcement officials have been relying on red light cameras to catch drivers who speed, run red lights, or break other traffic laws. There is some debate over whether or not a camera can be used to accuse someone of running a red light, and a general confusion about the effectiveness of such cameras. Despite the inconveniences these measures may cause drivers, their purpose is to keep drivers, pedestrians, bikers, and road workers safe.

Read on to learn more about the red light cameras, and the legislative battles they have led to.

History of the Red Light Camera

In 1993 New York City signed the first bill to install red light cameras, along with other so-called “automated enforcement” measures. The new technology only grew from there. According to the Insurance Institute for Highway Safety, 421 communities in 23 states and the District of Columbia use red light cameras as of July 2017.

Red light cameras were introduced with the intention of making intersections safer. The thinking is that if someone sees a sign that says they will be photographed, they would be deterred from speeding.

How a Red Light Camera Operates

In certain places, there are cameras installed that trigger when a driver breaks certain rules, whether it is speeding or running a red light. Then a few weeks later they receive a letter in the mail that includes their picture and how much they owe. Drivers have three options when they receive one of these letters. First, they can say that they were guilty. Second, they can say that there is no contest. Regardless, the driver would mail in a check for the amount owed. The third option is to plead not guilty.

Another tool police departments are relying on to deter dangerous driving behavior: speeding cameras. There is evidence that speeding cameras in work zones can decrease accidents. The Illinois Center for Transportation released a report on the positive results of speed photo-radar enforcement (SPE) vans. The state of Illinois was seeing between 6,000 and 7,000 crashes a year in work zones. In crashes where there was an injury or fatality, 85 percent of the time it was the motorist, not the road worker, who suffered the injury or fatality. These staggering statistics prompted the state to begin using SPE vans in 2004.

The vans have a radar to monitor drivers’ speeds, which is shown on a monitor on top of the van. “If the driver does not reduce his or her speed, a camera captures the face of the driver and the front license plate. The SPE also records the speed of the violator, date, location, and time of the violation,” the report said.

Police officers stationed in the vans determine whether the vehicle was posing a serious threat. They then compare the photo that was taken of the speeding driver to the driver’s license database. If the cop sees that the pictures match, he or she may send out a ticket to the driver.

UIUC Professor Ray Benekohal, who conducted experiments on vehicles’ behavior in the presence of SPE vans, found promising results. In an interview with the Illinois Center for Transportation, Benekohal said:

SPE was very effective in reducing the average speed of cars and trucks, thus calming traffic and improving safety in work zones. The research found the reductions to be significant. When the SPE was present, on average, cars traveled 5.1-8.0 mph slower in the median lane and 4.3-7.7 mph slower in the shoulder lane.

Traffic vehicles, or SPE vans, are an effective option for increasing safety, for drivers, pedestrians, and anyone else on the roads.

The group’s data found that in areas where red camera lights had not been installed, there was an average of two deaths a day in 2015. Between 2011 and 2015, an average of 719 people died every year from an accident caused by someone running a red light. These crashes resulted in 126,000 injuries in 2014, and $390 million in damages was lost each month between 2011 and 2015.

When compared with cities that installed red light cameras, the results were very encouraging. Researchers saw a 21 percent decrease in crashes that resulted from a car running a red light. Conversely, in cities that eliminated their red light camera programs, the data found a 30 percent increase in fatal red light crashes.

While many states vary in terms of how their red light camera laws are worded, there are some common issues that arise. For one, if the ticket was mailed more than 30 days after the infraction took place, the ticket is invalid. In addition, if the camera or the camera’s warning sign were installed less than 60 days prior to the incident, the ticket is invalid. Sometimes the warning sign is not sufficiently clear or visible, and drivers are unaware the traffic stop has a camera installed.

Different states have different standards for allowing drivers to contest a ticket that was issued as the result of a red light camera. For example, Delaware’s law allows for very few drivers to get out of paying their ticket or getting their charges dropped. The law states:

In an article in Delaware Online, Judge Susan Cline said, “The city does not have to prove intent, or even that you were the driver of the vehicle.” In Prices Corner, an unincorporated town near Wilmington where Cline works, in 63 out of 850 cases in 2013 involving red light cameras, the ticket was dismissed. The reasons that cases were dismissed included people running a red to avoid funeral processions or emergency vehicles, and being directed by road crews around traffic.

The move comes after two appellate courts ruled that cameras in Oldsmar and the city of Aventura in Miami-Dade County can be used to ticket drivers. Those rulings, however, conflicted with one from the 4th District Court of Appeal, which shut down the city of Hollywood’s program in 2014.

Florida’s legislature is also trying to tackle the problem. In March 2017 the Florida House passed a bill to outlaw red light cameras. The bill is currently under consideration in the Florida Senate. The case for eliminating the cameras altogether lies in the cameras themselves. Usually when a cop sees someone speeding they pull them over and write them a ticket. Now it’s not the cop seeing people speed, it’s the cameras. When violators go to court, there is no one to confront in court because the “defendant” is the camera.

Traffic attorneys have filed approximately 65 lawsuits against Florida communities that use cameras because of what many drivers feel are unfair practices. Essentially, many of the traffic attorneys have alleged that because many of the red light cameras are owned by third-party operatives, it is illegal to use them to issue someone a ticket. Law enforcement cannot be delegated to a third party under Florida Law. The court defined this in the 2014 case, City of Hollywood v. Arem:

In sum, Florida law does not grant the City any authority to delegate to a private third-party vendor the ability to issue uniform traffic citations. Only the City’s law enforcement officers and [traffic infraction enforcement officers] have the authority to issue such citations. The City also lacks the lawful authority to outsource to a third-party vendor the ability to make the initial review of the computer images of purported violations and then use its unfettered discretion to decide which images are sent to the TIEO, and which ones are not.

No collection agency or company may contact a South Dakota resident by telephone, mail, electronic means, or any other manner, nor utilize the court system of South Dakota, in an effort to collect a fine derived from a speed camera or red light camera civil violation, or file a report with any credit bureau regarding the unpaid civil fine. No court of the State has jurisdiction to enforce a speeding camera or red light camera civil judgment against a resident.

South Dakota’s problems with red light cameras started in 2006, when a driver was ticketed $86 for allegedly running a red light. The driver, I.L. Weidermann, challenged the ticket, leading to four years of legal battles. The judge eventually agreed with Wiedermann, saying that Sioux Falls (the city in which he was ticketed) was imposing its own laws that were “less stringent” than the state laws regarding traffic by using the red light cameras. The judge also found that Weidermann was not given an opportunity to be heard, which was in violation of the Fourteenth Amendment. This was the beginning of the end for red light cameras in South Dakota.

Despite the legal battles and contested tickets, red light cameras do not appear as if they will be going away anytime soon. The tickets themselves are difficult to fight and, perhaps most importantly, red light cameras appear to have positive effects on driver safety. They discourage drivers from running red lights, and thus causing accidents that result in death or injury.

Anne Grae Martin
Anne Grae Martin is a member of the class of 2017 University of Delaware. She is majoring in English Professional Writing and minoring in French and Spanish. When she’s not writing for Law Street, Anne Grae loves doing yoga, cooking, and correcting her friends’ grammar mistakes. Contact Anne Grae at staff@LawStreetMedia.com.
Share:
Related ItemsDelawareFloridaMarylandred light camerasSpeedingTickets