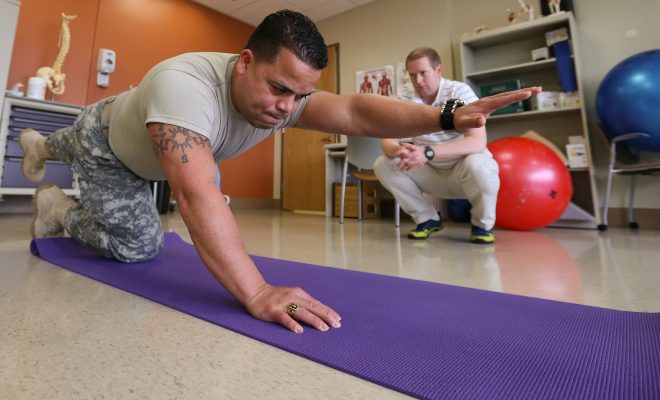 Marijuana May Not Actually Help with PTSD or Chronic Pain

Now that medical marijuana is legal in more than half the country, patients suffering from chronic pain or PTSD are flocking to marijuana dispensaries across the nation for symptom relief. But what if I told you that marijuana may not actually help with either ailment?

Apparently, there is little scientific evidence to draw conclusions about the benefits and harms of marijuana in patients with PTSD and chronic pain, according to two studies published Monday in the journal “Annals of Internal Medicine.”

In an editorial accompanying the research, Dr. Sachin Patel of Vanderbilt Psychiatric Hospital noted that the findings aren’t unique, and that “scientific evidence for the effectiveness and safety of cannabis and cannabinoid products in treating medical and psychiatric disease has recently come under substantial scrutiny.”

“The current studies highlight the real and urgent need for high-quality clinical trials in both of these areas,” Patel continued in an email to Reuters. “If cannabis is being considered for medical use, it should certainly be after all well-established treatments have failed.”

Both of the studies were conducted by researchers at the Veterans Affairs Portland Health Care System and funded by the U.S. Department of Veteran Affairs.

Twenty-eight states and the District of Columbia have legalized marijuana for medical use, and the number of medical and recreational users has nearly doubled between 2001 and 2013, with one in 10 adults saying they use it.

According to the researchers, more than one third of patients seeking cannabis for medical purposes in states where it is legal list PTSD as the primary reason for their request, and between 45 percent and 80 percent of people who seek medical cannabis do so for pain management.

For one of the studies, the team of researchers reviewed 27 studies examining marijuana use for chronic pain. While they weren’t able to conclude that it helped pain sufferers, they did find evidence that marijuana led to an increased risk of car accidents, psychotic symptoms, and short-term cognitive impairment.

When reviewing prior research on the effects of marijuana on PTSD, they “found low- to moderate-strength evidence that cannabis use is associated with an increased risk for psychotic symptoms, psychosis, mania, and–in active users–short-term cognitive dysfunction,” the authors noted.

In fact, one of the studies they examined involving veterans with PTSD showed a small but “significant” worsening of symptoms among veterans who either started or continued using cannabis during the study period.

It’s important to note again that the researchers maintained that there was insufficient evidence for them to draw firm conclusions about the effectiveness of cannabis in both patient populations.

Is This Fuel for Sessions?

It’s no secret that Attorney General Jeff Sessions is actively looking for research to support his disapproval of marijuana legalization. After his Task Force on Crime Reduction and Public Safety failed to offer up any new suggestions for dealing with marijuana in states that have legalized it, experts said that Sessions could still invoke federal law to push his anti-marijuana agenda.

While these new studies cast doubt on marijuana’s effectiveness at treating these particular ailments, the findings don’t definitively negate prior research attesting to the benefits of marijuana for patients suffering from chronic pain and PTSD. The effectiveness of marijuana treating these symptoms could also depend on potency and dose, Patel said in an email to CNN. Most studies use lower doses and lower potencies of medical marijuana than what is found in dispensaries.

“Pain is a multifaceted symptom, which includes sensory, cognitive, and emotional components,” Patel wrote. “Perhaps cannabis decreases the clinical effect of chronic pain” in ways unrecorded by pain rating scales. If scientists looked at emotional symptoms, such as anxiety, quality of life and sleep, instead of traditional symptoms, that “may begin to tell us which specific areas of ‘pain’ are most likely going to be helped by cannabis, if any.”

Alexis Evans
Alexis Evans is an Assistant Editor at Law Street and a Buckeye State native. She has a Bachelor’s Degree in Journalism and a minor in Business from Ohio University. Contact Alexis at aevans@LawStreetMedia.com.
Share:
Related ItemsAnnals of Internal MedicineChronic PainMedical MarijuanaPTSDStudy