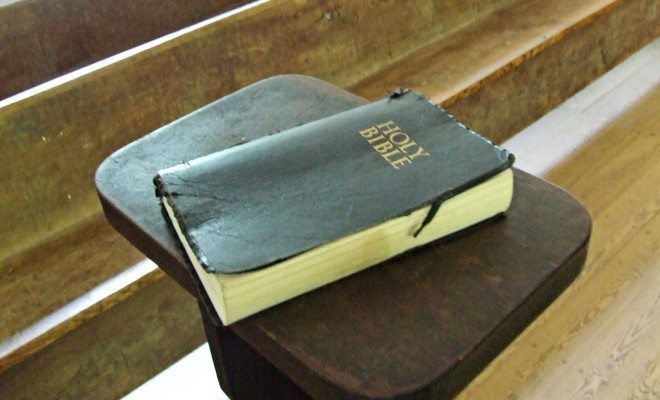 The National Prayer Breakfast is an annual event that occurs every February in Washington D.C. As part of the event, speakers are invited to share encouraging words of faith. The National Prayer Breakfast was especially visible in the news recently as a result of controversy over a recent speech by President Obama. Read on to learn about the history, inception, and purpose of the event.

What is the National Prayer Breakfast?

The National Prayer Breakfast is an annual event held in Washington, D.C. on the first Thursday of February. This year the event celebrated its sixty-second anniversary. Among the 3,200 people in attendance, guests from all fifty states and 140 countries were represented. One of the most high-profile attendees is the president of the United States who gives a speech, as well as a designated keynote speaker whose identity is kept confidential until that morning. The event has had many notable speakers including Mother Teresa, Bono, former British Prime Minister Tony Blair, and NASCAR legend Darrell Waltrip. Some have garnered national attention for speeches that they have made at the Breakfast, including Doctor Ben Carson, whose speech is in the video below.

Who is invited to attend the National Prayer Breakfast?

People from all walks of life are invited. This list includes the President and First Lady, members of Congress, visiting heads of state, and a myriad of ambassadors representing scores of countries, many of them adherents of other religions or non-theist.

What is the purpose of the National Prayer Breakfast?

The purpose of the National Prayer Breakfast is two-fold, but the main intention is quite simple: to come together in prayer and thanksgiving. Non-Christians attend the breakfast, but the event is designed to make sure that everyone is respectful whenever possible. The second purpose is to hear from the prominent speakers who offer words of encouragement and/or challenge the audience to live their lives in fuller service to Christ’s teachings.

History of the National Prayer Breakfast

The concept of the event actually began in the 1930s when a young man named Abraham Vereide began to meet  with the leaders in his home area of Seattle and counseled them to study Jesus and his teachings, especially with regard to the poor and disenfranchised. As the 1940s progressed, Vereide began to meet with members of Congress for the exact same reason. The results of these meetings moved Congress to start the breakfast and invite the president to partake in the event, as well.

Is the National Prayer Breakfast a partisan or denominational event?

All members of Congress, regardless of party affiliation, are invited to put aside their jobs as politicians and for that brief time come together as one. This is regardless of denomination as well as religion. One will see Lutherans sitting next to Evangelicals and those who are not Christian at all. The Dali Llama was also present at this year’s National Prayer Breakfast as a guest of President Obama.

Who organizes the National Prayer Breakfast?

There are many religious groups that help to put on the event, whether it is getting the venue set up, arranging for the speakers, or providing other forms of support; however, the organization that takes the leading role is a group called Fellowship Foundation. This group, which started in 1929, is framed as a network of friends from all walks of life joined together by an interest in the power of Jesus.

How is the National Prayer Breakfast similar to and different from other national religious events?

The National Prayer Breakfast is similar to other events such as the National Day of Prayer, in that both are a nationwide call for Prayer; however, these events differ because the breakfast is not mandated by law, but rather is sustained by private individuals. They also differ in their focus, as the National Day of Prayer is designed to be a call for Americans to humbly come before God, seeking his guidance and grace and the National Prayer Breakfast is designed as an event  to hear words of wisdom, inspiring testimony, or to give those who attend and those read about it on social media afterward something to think about in order to help to bring their own lives closer to Christ.

What topics are covered in the speeches given at the National Prayer Breakfast?

The topics have been as varied as the speakers. When Mother Teresa spoke, her topic was abortion. She condemned the procedure, stating that “any country that accepts abortion is not teaching its people to love, but to use any violence to get what they want. This is why the greatest destroyer of love and peace is abortion.” When Doctor Carson was the speaker in 2013 he spoke about fixing America using principles from the Bible itself. Eric Metaxas, who spoke in 2012, discussed the topic of dead religion. Finally Darrell Waltrip spoke this year on his own conversion, stating that:

Good guys go to hell. If you don’t know Jesus Christ as your Lord and Savior, if you don’t have a relationship, if He’s not the master of your life, if you’ve never gotten on your knees and asked Him to forgive you of your sins, you’re just a pretty good guy or a pretty good gal, you’re gonna to go to hell.

Watch the video below for more on Waltrip’s speech.

Is there opposition to the National Prayer Breakfast?

Most of the dislike for the event comes from secularists and more liberal forces. Groups such as Americans United for the Separation of Church and State have opposed it on a number of grounds, ranging from their opposition to the group that sponsors it–the Fellowship Foundation–which is a fundamentalist group, to wishing that those who attended the event better understood the need for separation between church and state.

Some have even gone so far as to suggest that the National Prayer Breakfast shouldn’t exist, at least not in its present form. In addition to the critiques that the it receives from the non-religious community, it is also no stranger to political controversy. One such controversy occurred in 2012, when the National Prayer Breakfast had additional competition from the Occupy Faith DC protest, which was set up to proptest the breakfast as an event for the rich and famous only. Other controversies included when Mother Teresa called out then-President Bill Clinton and his wife Hillary on their stances on abortion; and  most recently critiques point to President Obama’s remarks at this year’s event. He was accused of comparing historical Christianity and modern extremist Islam.

National the Day of Prayer

Faith and Action: Salvation and Damnation in DC

Freedom Outpost: The Message You Didn’t Hear About at the National Prayer Breakfast: Without Christ, You Will Go to Hell

Chris Schultz
Chris Schultz is a Midwestern country boy who is a graduate of Dordt College in Sioux Center, Iowa and holds a bachelors degree in History. He is interested in learning about the various ocean liners that have sailed the world’s waters along with a variety of other topics. Contact Chris at staff@LawStreetMedia.com.
Share:
Related ItemsBen CarsonBill ClintonChristianChristianityDalai LamaMother TheresaNational Prayer BreakfastObamaPrayerWashington DC