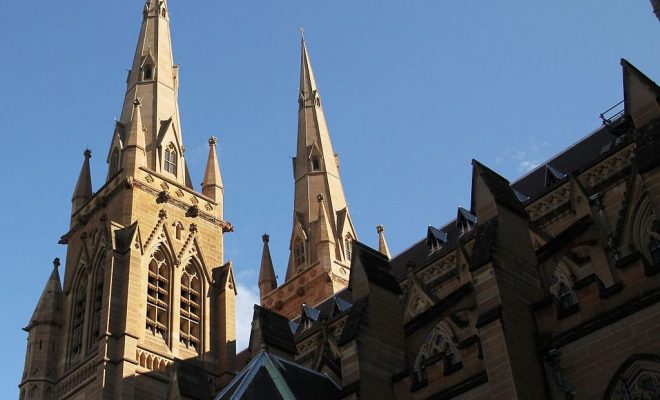 Cardinal George Pell has been charged with multiple sexual assault allegations by Australian authorities. Pell is the highest ranking member of the Catholic Church to be implicated in the child abuse scandal that has tarnished the church’s reputation throughout the past few decades.

Pell is accused of “historical sexual assault offenses.” These include at least two men who have come forward and described Pell inappropriately touching them at a swimming pool in the 1970s. Pell denied these allegations after an interview aired on Australian television in 2016 and he has denounced this “relentless character assassination,” according to the Washington Post.

Pope Francis did not release a statement on the issue, but the Vatican said that it feels “great regret” over the situation and that the Pope has appreciated what Pell did during his three years in Rome, according to the Washington Post.

Pell is set to appear at the Melbourne Magistrates Court on July 18. The magistrate will decide next week whether not to release the details of the investigation, according to BBC.

While he has repeatedly said he will fully cooperate with the investigation, Pell has also strongly denied the accusations. The Pope has granted him a leave of absence to fight the charges, according to BBC. Pell said that he would make the trip back to Australia if his doctor permits it. Last year doctors would not permit him to fly back to Australia last year so he answered questions from detectives via videochat.

“I’m looking forward finally to having my day in court,” Pell said. “I am innocent of these charges, they are false. The whole idea of sexual abuse is abhorrent to me.”

Pell, an adviser to the Pope and Prefect of the Secretariat of the Economy, is a native of Ballarat, Australia, and was the Archbishop of Melbourne and then Sydney before becoming a cardinal in 2004. Named the head of the Vatican’s finances in 2014, Pell is considered the third most powerful person in the church.

In the past decade Pell has played a prominent role on Vatican commissions created to combat sexual assault within the Roman Catholic community. In 2013 he was named one of eight cardinals charged with investigating ways to reform the church, according to CNN. However, he has also been criticized for his lack of impact on the investigations and supposed connections with known child-abusing priests.

Because of his powerful position within the Vatican and the Australian Catholic community, it is possible that these allegations will be the biggest obstacle the church faces when it comes to combatting child abuse. Peter Saunders, a British abuse survivor who served on a papal commission investigating the abuse, told the Washington Post:

[These charges] will probably rock the Vatican like nothing else has ever done…The fact that one of the pope’s right-hand men, the secretary for the economy, has in a sense been arrested and will be charged with such serious offenses, that surely has got to have some kind of effect on the Vatican and the hierarchy.

So, the coming months will be telling for how the Pope and the Catholic Church respond to the accusations against Pell and the recurring issues with abuse within the church. While they’ve dealt with past scandals within the Vatican and in other branches, such a high profile conviction brings with it new challenges in addition to worldwide attention. Pope Francis has made it one of his goals to cleanse the church of child abuse and this will likely set him back.

Josh Schmidt
Josh Schmidt is an editorial intern and is a native of the Washington D.C Metropolitan area. He is working towards a degree in multi-platform journalism with a minor in history at nearby University of Maryland. Contact Josh at staff@LawStreetMedia.com.
Share:
Related ItemsAustraliaCatholic ChurchCatholicismChild AbuseChristianityPedophiliaReligionRoman Catholic ChurchRomeSexual AssaultVatican