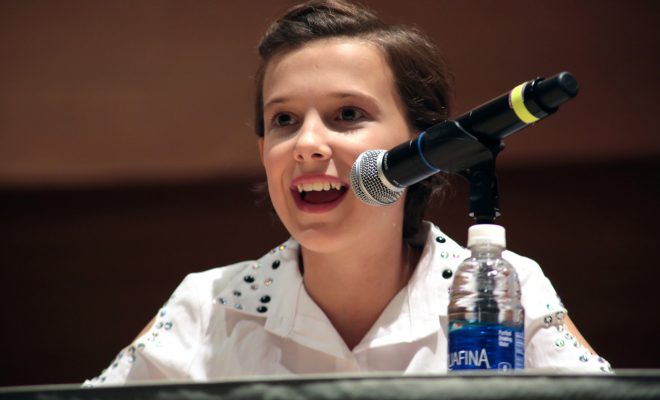 Yesterday, President Donald Trump held a spontaneous press conference and announced that his new pick for the Secretary of Labor is Alexander Acosta, who will be “a tremendous secretary of labor,” according to Trump. But the rest of the presser was a classic Trump-show. He denounced the media and called it “so dishonest.” He said he “inherited a mess” from President Barack Obama and that all the jobs are “pouring out of” the U.S. He said he also wanted to “update the American people on the incredible progress that has been made in the last four weeks since my inauguration.” Trump claimed that reports of chaos in the White House are totally wrong and that the “administration is running like a fine-tuned machine.”

Trump’s press conference achieved virtually nothing, except scaring the bejesus out of the world. https://t.co/zdEEH9RGuh

Trump avoided answering questions about whether his campaign had been in touch with Russia, but criticized Hillary Clinton and Obama. And when reporter April Ryan asked whether he would meet with the Congressional Black Caucus, he interrupted her and said, “Do you want to set up the meeting? Are they friends of yours?”

I am a journalist not a convener! But thank you for answering my questions. https://t.co/fe9cGXG46w

Emma Von Zeipel
Emma Von Zeipel is a staff writer at Law Street Media. She is originally from one of the islands of Stockholm, Sweden. After working for Democratic Voice of Burma in Thailand, she ended up in New York City. She has a BA in journalism from Stockholm University and is passionate about human rights, good books, horses, and European chocolate. Contact Emma at EVonZeipel@LawStreetMedia.com.
Share:
Related ItemsCongressDonald TrumpGay MarriageHillary ClintonPress ConferenceSNLStranger Things