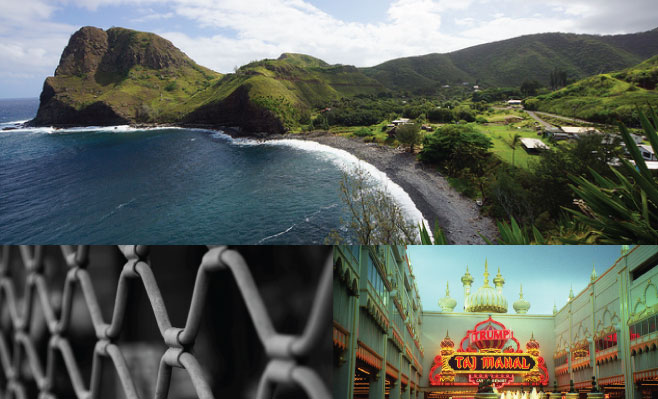 Before you get sucked into celebrating today’s total solar eclipse, catch up on some of our top trending stories from last week. ICYMI, check out Law Street’s best of the week below!

Hawaii’s First Marijuana Dispensary Has Already Run Out of Weed

Less than a week after opening, Hawaii’s first–and only–medical marijuana dispensary has already been forced to temporarily close due to not enough marijuana on hand. Maui Grown Therapies announced in a press release Sunday that it will close Monday and Tuesday as it awaits action from the Department of Health’s Labs Division to “help unclog a backlog of products.”

The Bureau of Prisons released a memo last week declaring that feminine hygiene products would be provided to inmates for free. While this will only affect female inmates who are currently incarcerated in federal prisons, it’s a notable step forward for inmates who struggle to access basic hygienic products.

In 1987, Donald Trump tried to open the first casino in Sydney but was rejected because of his ties to the mafia, according to a cabinet report that was obtained by The Australian. According to the secret report, which now has been declassified because 30 years have passed, the New South Wales police board warned the local government that it could be “dangerous” to allow Trump to open the casino. The public was not informed why at the time. The state government also dismissed two other bidders.

Alexis Evans
Alexis Evans is an Assistant Editor at Law Street and a Buckeye State native. She has a Bachelor’s Degree in Journalism and a minor in Business from Ohio University. Contact Alexis at aevans@LawStreetMedia.com.
Share:
Related ItemsBest of the WeekCasinoDonald TrumpFeminine Hygiene ProductsHawaiiICMYIMedical MarijuanaSydney