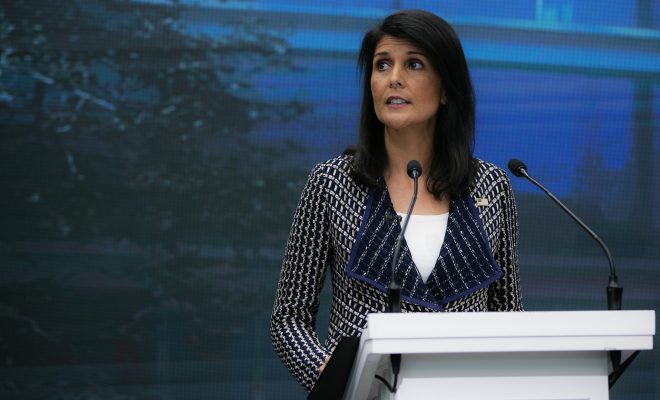 "The Future of the U.S. in the Human Rights Council" courtesy of United States Mission Geneva; License: (CC BY-ND 2.0)

This morning, the city of Chicago filed a lawsuit against Attorney General Jeff Sessions and the Trump Administration over the threats to withhold funding to so-called sanctuary cities. This comes two weeks after the Department of Justice said it would stop certain grant funding to cities unless they provide immigration officers with unlimited access to local jails. Cities will also need to give the DOJ 48 hours notice before releasing people from jail who are wanted for immigration violations. But now Chicago is pushing back. “Chicago will not let our police officers become political pawns in a debate. Chicago will not let our residents have their fundamental rights isolated and violated,” said Mayor Rahm Emanuel in a press conference yesterday.

The Trump Administration cited Chicago’s high murder rate as a justification to withhold grants to the city. “It’s especially tragic that the mayor is less concerned with that staggering figure than he is spending time and taxpayer money protecting criminal aliens and putting Chicago’s law enforcement at greater risk,” a spokeswoman for the DOJ said.

“Chicago will not be blackmailed into changing our values, and we are and will remain a welcoming city” https://t.co/Cf6M6pkjtS

Emma Von Zeipel
Emma Von Zeipel is a staff writer at Law Street Media. She is originally from one of the islands of Stockholm, Sweden. After working for Democratic Voice of Burma in Thailand, she ended up in New York City. She has a BA in journalism from Stockholm University and is passionate about human rights, good books, horses, and European chocolate. Contact Emma at EVonZeipel@LawStreetMedia.com.
Share:
Related ItemsChicagoMike PenceMosque BombingNorth KoreaSanctuary CitiesUnited Nations