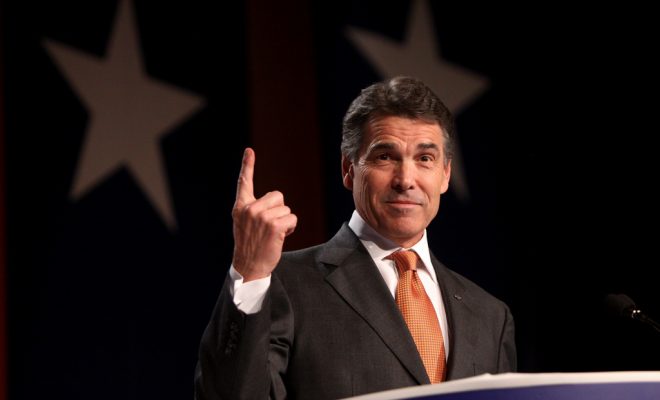 Is Rick Perry Really a Star?

Here’s a weirdly badass photo preview, in which Rick Perry and his dancing partner Emma Slater look like they’re about to put out some sort of hit:

I’m dedicated to helping #veterans however possible, and I’m going to use @dancingabc as a stage to do that. #DWTS pic.twitter.com/oQpfJrrYcC