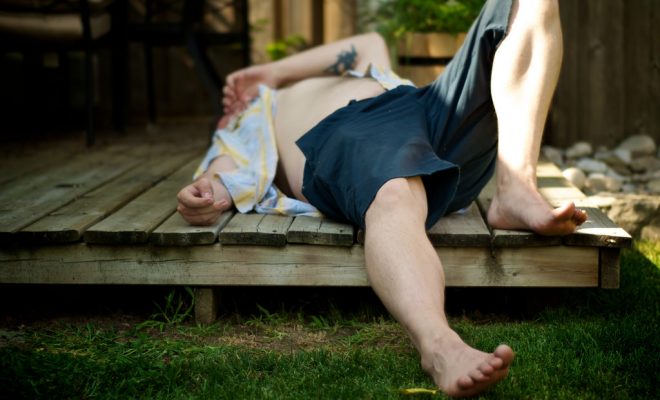 Police are calling it a “completely random” attack. 19 year-old Austin Harrouff, a student at University of Florida, got extremely heated after a family fight, stormed off, killed two people, and then ate part of a dead man’s face. Yeah…so random. Harrouff was charged with double homicide and taken to a hospital for observation.

Besides the sheer absurdity of the events, the language surrounding Harrouff and his crime are pretty mild and forgiving. Which is astounding because the kid freaking killed two people and BIT someone’s face off!

“He had no criminal record … he was a good kid,” Martin County Sheriff William Snyder told reporters Tuesday.

Many people are questioning why the police didn’t use more aggressive force when they caught him eating his victim’s face (yes, he did eat it). They tried to get him down with a stun gun and a K-9 but that did not work, so they physically restrained him instead.

ok but why aren’t more people talking about the Austin Harrouff attack and just overall how terrifying and bizarre it was???

I don’t like to pull the race card, but anyone who knows what Austin Harrouff did and how the police handled it must know what I’m thinking.