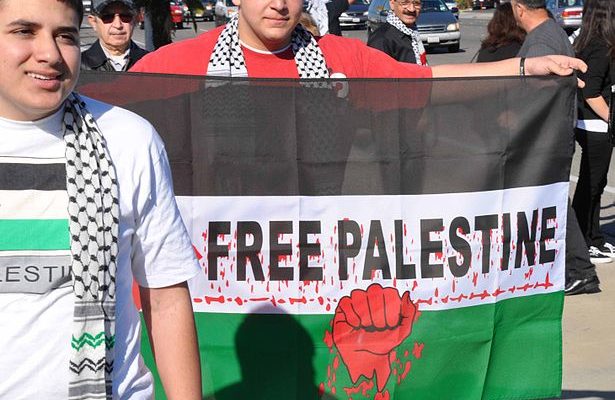 California State University at Fresno cancelled its search for an assistant professor in Middle Eastern studies last week citing procedural issues involving the election, approval of the search committee, and the influence of an “unauthorized party” in the search efforts.

This came as a response to faculty claims that the school was actively participating in academic censorship that was being influenced by Israel advocacy groups. Vida Samaiin, the longtime dean of Fresno State’s College of Arts and Humanities, even resigned in protest:

I have decided to resign in objection to the unethical and discriminatory cancellation of the Edward Said Professorship… The administration carried out the vicious and discriminatory attacks launched by Israel advocacy groups against the search committee and the four finalists who were of Middle Eastern and Palestinian ethnicity.

Edward Said was a Palestinian-American public intellectual who is credited with helping found postcolonial studies and was a prominent advocate for the Palestinian people. The position advertised that preferred candidates had “active scholarship in the candidate’s area of expertise with a special focus on Edward Said’s intellectual legacy,” according to the job posting.

Lynette Zelezny, the school’s provost and vice president for academic affairs, said in a statement that those who made the decision to cancel the search had not heard from, nor had been pressured by, any sort of individual or group throughout the process. While she did express regret that the process got this far when the decision was made, Zelezny referenced faculty affairs policy adopted by the Academic Senate when defending it.

“We were way too slow in recognizing that we had an improper search committee in terms of no election and other factors,” Zelezny said. “We’ve learned from this. … This is very unusual — typically we don’t see these kinds of issues in our searches.”

A Fresno State spokesman did not add any details on how the search strayed from the school’s policy. The “unauthorized party” was not specifically identified either.

Activists believe that this is just the latest in a line of attempts to actively suppress speech and activism on the Israeli-Palestinian conflict in student and academic spheres. Some have drawn comparisons to the decision of other schools to shut down academic programs, ban Palestinian student groups, and even criminally prosecute students for protesting events held by Israeli government officials.

Jewish Voice for Peace, a left-wing activist organization focused on the Israeli-Palestinian conflict, have created a petition that calls on the school to reinstate the search for a candidate. Hundreds of academics from the United States and Europe have signed it, but the school has shown little indication that it is willing to change its mind.

Fresno State will reopen its applicant search in the spring of 2018, when officials feel a fair procedure will have been followed.

Gabe Fernandez
Gabe is an editorial intern at Law Street. He is a Peruvian-American Senior at the University of Maryland pursuing a double degree in Multiplatform Journalism and Marketing. In his free time, he can be found photographing concerts, running around the city, and supporting Manchester United. Contact Gabe at Staff@LawStreetMedia.com.
Share:
Related ItemsCancelledEdward SaidFresno StateIsrael-PalestineProfessorVida Samaiin