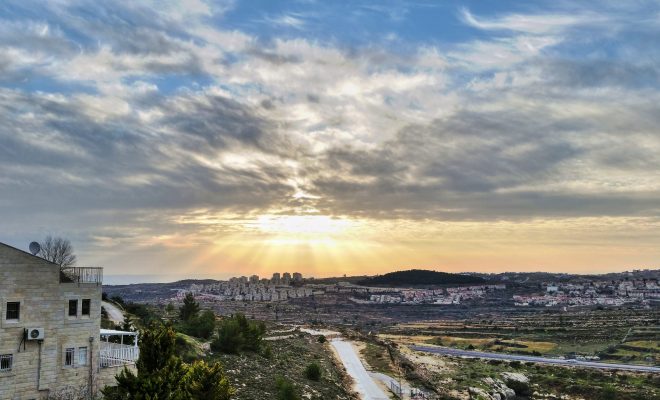 For the first time, representatives from Israeli settlements in the West Bank will attend the inaugural ceremony of a U.S. president. According to one of the attendees, Oded Revivi, the invitations did not come from President-elect Donald Trump, but from a member of his “first circle.” Revivi, the mayor of the Efrat settlement just east of Jerusalem, will be joined by two other settlement mayors.

The settlements have been a lightning rod of controversy of late, and in inviting settlement representatives, Trump is signaling that his administration will take a different approach than U.S. presidents have over the past five decades. In an interview with The Associated Press, Revivi, who is also the chief foreign representative of the Yesha Council, which represents more than 120 settlements in the West Bank, acknowledged that times are changing.

“I definitely agree that we are now getting the VIP treatment, which is something that we have been working on for many years,” he said. “You could basically argue that it has taken 50 years, since 1967, to be recognized on such a level for such an event.” For decades, the international community, including the U.S., Israel’s most important partner, have condemned the settlements, which dot the West Bank and east Jerusalem.

Israel captured those territories from Jordan–and the Gaza Strip from Egypt–during the war of 1967. The rush of victory, coupled with security concerns after the 1973 Yom Kippur War, catalyzed settlement building. In December, the U.S. decided to abstain in a vote for a UN resolution that called the settlements a “flagrant violation” of international law.

President Barack Obama’s decision, and Secretary of State John Kerry’s subsequent speech, caused a stir, thrusting the Israel-Palestine issue to the forefront of the global conversation. Earlier this week, representatives from more than 70 countries, not including Israel or Palestine, met in Paris to reaffirm the international community’s belief in the two-state solution.

Change in the Israel-U.S. relationship might be on the horizon. Trump has voiced enthusiastic support for Israel, its Prime Minister Benjamin Netanyahu, and the settlement movement. Bankruptcy lawyer David Friedman, Trump’s choice for ambassador to Israel, has donated millions of dollars to the Beit El settlement. But as is the case with most things in the region, not everyone is happy to see change.

“By linking up with the settlers and the illegal settlements enterprise, Trump is placing the new American administration squarely outside the law and is encouraging Israeli lawlessness,” said Hanan Ashrawi, a Palestinian official. “He is destroying the chances of peace and preparing for further conflict and instability and violence.”

Yesha, the umbrella group that Revivi represents, opposes an autonomous Palestinian state alongside Israel; the group also does not advocate for a single, bi-national state. Revivi, without offering specifics, said he would like to improve the lives of the Palestinians living in the West Bank (over two million) without giving them full citizenship. Critics say that Israel cannot be both Jewish and democratic if it annexes the disputed territories.

Today, there are roughly 400,000 settlers sprinkled across the West Bank; there are about 200,000 in east Jerusalem, a sector of the holy city that contains the holiest site in Judaism. Given the settlers’ burgeoning friendship with Trump, these numbers could grow in the coming years.

For Revivi, the invitation to Trump’s inauguration certainly represents a new direction for the much-maligned settlement movement: “Inviting us over to his ceremony is an indication that the relationship is going to be different,” he said. “When you have a dialogue, when you have a tight relationship, the sky is the limit.”