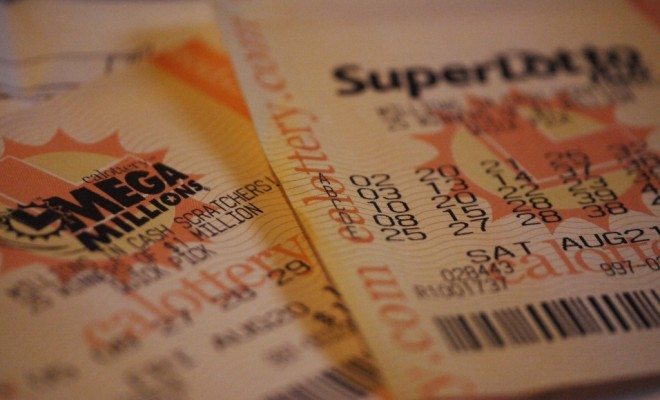 Big time Illinois lottery winners are lucky–sort of. The recent winners are probably happy to have won big chunks of money, but they also just got news that they won’t receive it any time soon. As a result of the Illinois government’s inability to pass a budget, any winners of $25,000 or more won’t receive their payouts just yet.

It’s now two months into Illinois’s fiscal year without a budget, as the negotiations have reached a standstill. Governor Bruce Rauner is stuck into a fight with the Democrats who control the state legislature. The Democrats are looking to raise taxes, but Rauner is pushing for things like changes to workers’ compensation and collective bargaining.

Right now the two sides are at an impasse–so only essential things are being paid for, like payroll, schools, and child and foster care. The lottery does not fall under the category of essential items; moreover, payments over $25,000 need to be disbursed by the state comptroller. The spokesman for the Illinois Lottery Steve Rossi, explained:

The lottery is a state agency like many others, and we’re obviously affected by the budget situation. Since the legal authority is not there for the comptroller to disburse payments, those payments are delayed.

Lottery officials have explained that eventually the money will be paid out, but no one is exactly sure when. This has created some problems for winners who are waiting on that money, assuming they would have received it by now. This is an issue for winners of $25,000 or more, those who won between $25,000 and $600 can pick it up at various lottery offices throughout the state. Winners of $600 or less can pick their money wherever they bought the tickets.

State Representative Jack Franks, a Democrat, explained how this is indicative of some bigger issues with the lottery system. He stated:

Our government is committing a fraud on the taxpayers, because we’re holding ourselves out as selling a good, and we’re not — we’re not selling anything. The lottery is a contract: I pay my money, and if I win, you’re obligated to pay me and you have to pay me timely. It doesn’t say if you have money or when you have money.

While the lottery is obviously not an essential feature of what a state provides, the fact that a budget hold up reverberates through a state’s many different departments is clear. Not paying out prizes is probably a bad move in the long run–the lottery brings in plenty of revenue, and people won’t be encouraged to play if they aren’t guaranteed that they’ll receive the money. Lottery winners are certainly hoping that the budget snafu will be resolved soon.

Anneliese Mahoney
Anneliese Mahoney is Managing Editor at Law Street and a Connecticut transplant to Washington D.C. She has a Bachelor’s degree in International Affairs from the George Washington University, and a passion for law, politics, and social issues. Contact Anneliese at amahoney@LawStreetMedia.com.
Share:
Related ItemsBruce RainerBudgetChicagoIllinoisLotto