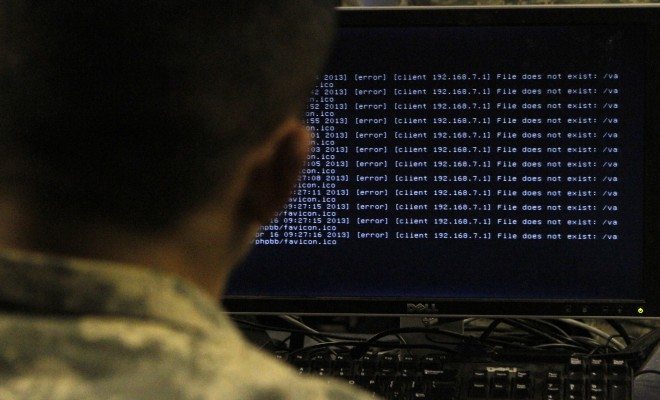 United States Central Command (CentCom) reported today that its social media accounts had been hacked by people claiming to be from ISIS. CentCom, part of the Department of Defense, has played a main role in recent conflicts in Iraq, Afghanistan, and others. Based in Tampa, Florida, it’s responsible for American security interests in more than 20 different nations. Here’s what the account looked like before it was suspended:

Whoever hacked the account posted threatening messages to American troops such as “AMERICAN SOLDIERS, WE ARE COMING, WATCH YOUR BACK. ISIS.” There was also a tweet that linked to a longer statement that included:

In the name of Allah, the Most Gracious, the Most Merciful, the CyberCaliphate under the auspices of ISIS continues its CyberJihad. While the US and its satellites kill our brothers in Syria, Iraq and Afghanistan we broke into your networks and personal devices and know everything about you.

You’ll see no mercy infidels. ISIS is already here, we are in your PCs, in each military base. With Allah’s permission we are in CENTCOM now. We won’t stop! We know everything about you, your wives and children. U.S. soldiers! We’re watching you!

ISIS propaganda photos were also posted on CentCom’s YouTube page. Its Facebook page, however, appears to be untouched. Central Command has confirmed that its accounts have been compromised.

The hacking occurred while President Barack Obama was delivering a speech to the Federal Trade Commission (FTC) about cyber security. As of now, however, the only thing that the White House has said is that they’re “obviously looking into” the breach.

Most concerning of all, whoever hacked the accounts claimed that they had also gotten access to confidential information from CentCom, although that’s yet to be confirmed, and Defense officials have said that they don’t believe any information was taken. Some of the posts linked to documents, but those documents could have been found on Pentagon websites, among other places. They’re surely a far cry from damaging confidential information.

This comes less than a day after “hactivist” group Anonymous declared war on the organization.

Cyberwar has become a real issue, and it appears that no one is completely safe.

Anneliese Mahoney
Anneliese Mahoney is Managing Editor at Law Street and a Connecticut transplant to Washington D.C. She has a Bachelor’s degree in International Affairs from the George Washington University, and a passion for law, politics, and social issues. Contact Anneliese at amahoney@LawStreetMedia.com.
Share:
Related ItemsCentComCentral CommandCyber SecurityCyber WarfareGovernmentHackingISIS