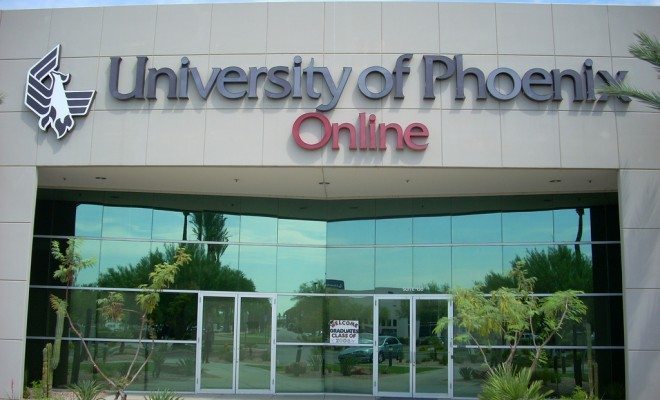 University of Phoenix Under FTC Investigation

For a while, it seemed like for-profit colleges were the newest, hottest frontier in higher education. But with current student debt problems, and many revelations about some of the predatory practices of for-profit colleges, the trend appears to have officially passed. Arguably the most well-known for-profit institution of higher learning–The University of Phoenix–may be the latest to find itself in hot water.

Late last week the parent company of the University of Phoenix, Apollo Education Group, released information that the Federal Trade Commission (FTC) was investigating the company. The investigation is attempting to determine if the University of Phoenix ran deceptive or unfair business practices. The investigation is particularly focused on its recruitment of veterans. The accusations claim that the company has left veterans with high levels of debt after collecting hundreds of millions in GI Bill money. It’s not just the GI Bill money that the University of Phoenix has collected, however, according to financial records the company has collected over $488 million in fees and tuition from veterans’ own money for its online programs, and additional sums at various physical locations.

The University of Phoenix has been declining slowly for a little while now. Five years ago, the school reported almost half a million students. That number has been essentially halved since then. In 2012, the University of Phoenix was forced to close 115 of its campuses. In addition, revenue has been declining, and there have been many accusations levied against the company in regards to the way that it treats its students and potential recruits.

The controversy over the University of Phoenix is borne out of concerns that the school required participants to take out expensive loans, which could have been fine had those participants had the ability to pay back those loans after they graduated. However, the education provided at the University of Phoenix doesn’t necessarily lead to employment, the credits usually don’t transfer to other schools, and the degrees aren’t always recognized by employers.

In order to cooperate with the investigation, as Apollo Education Group promised in its statement, the company will have to provide the federal investigators with documents such as financial information, marketing, billing, debt collection, accreditation, and military recruitment practices.

This investigation into the University of Phoenix is consistent with a theme of increased scrutiny on for-profit schools, many of which are struggling in the now seemingly turbulent educational environment. Last month, the Obama Administration began cracking down on for-profit schools. A new rule that took effect in July from the Department of Education is the “gainful employment rule” which “requires colleges to track their graduates’ performance in the workforce and eventually will cut off funding for career training programs that fall short.”

Equal opportunities for education are essential, but not if they hurt students more than they help. There’s now significant suspicion that many for-profit institutions fall into the latter camp–University of Phoenix may just be the latest to get in trouble as a result.

Anneliese Mahoney
Anneliese Mahoney is Managing Editor at Law Street and a Connecticut transplant to Washington D.C. She has a Bachelor’s degree in International Affairs from the George Washington University, and a passion for law, politics, and social issues. Contact Anneliese at amahoney@LawStreetMedia.com.
Share:
Related ItemsCollegeDepartment of EducationFor-Profit CollegesFTCHigher EducationLoansPresident ObamaStudent DebtUniversity of PhoenixVeterans