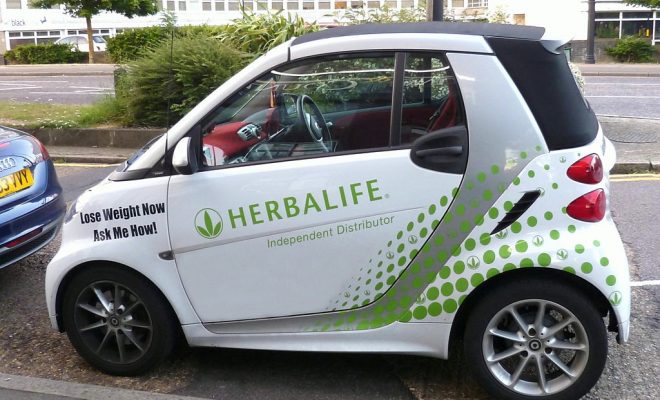 What are Multi-Level Marketing Companies and Are They Legal?

You’re scrolling through Facebook when you see it: a college friend is inviting you to try Herbalife. Your mom’s friend sends you an invite for a Mary Kay party. A coworker’s sister is selling Pampered Chef. All of those companies, along with dozens of others, practice something known as “multi-level marketing,” or MLM. Some have claimed that companies that engage in MLM are pyramid schemes; others claim that they offer individuals who participate an avenue to make some money in a non-traditional business environment. What exactly are MLMs? Are they even legal? Read on to find out more.

What is a Multi-level Marketing Company?

A multi-level marketing company is one where individuals act as salespeople and sell items from a particular company to the public. Sometimes they’re referred to as direct-selling companies. The sellers aren’t paid any sort of salary, but rather make money through commissions for the items they sell, which they usually buy in bulk from the company that produces them. Perhaps most notably, the sellers may also recruit others to join as sellers, and likely make some sort of commission or receive some other sort of financial compensation for those recruits’ sales.

What Kinds of Products Do MLMs Sell?

Pretty much anything can be sold through this format. Many are now recognizable brands. For example, Mary Kay and Avon cosmetics both use MLM tactics.  Team Beachbody, which created the infamous Paul Ryan-approved P90x workout, is also considered an MLM. Herbalife, which sells nutrition and energy supplements, enlists similar strategies. MLMs don’t have to be focused on one particular product or type of product either–Amway sells a variety of home, health, and beauty products. There’s also PamperedChef, which sells kitchen tools; LuLaRoe, which sells dresses and leggings; and Tupperware. There are many other companies that employ MLM principles–and new ones spring up constantly.

Who Works for MLMs?

Given the somewhat transient nature of MLM sellers and workers, it’s tough to estimate exactly how many people participate in MLMs. But according to the Direct Selling Association, 20.5 million people worked in direct selling in 2016, a record number. There were $35.54 billion in retail sales in 2016.

Demographics are also important. A significantly larger number of women than men are involved in MLMs–the Direct Selling Association research estimates that 74 percent of the people working in direct sales are women while 26 percent are men. The two largest age groups participating were 35-44 and 45-54, making up roughly half of the participants.

Those numbers do somewhat fit the stereotype of people who participate in MLM companies–middle-aged women, mostly mothers, who are working part-time.

Why are MLMs Associated with Pyramids Schemes?

Critics claim that some MLMs are actually pyramid schemes. A pyramid scheme is when a company makes money primarily from recruitment and membership fees, instead of the legitimate sale of products. The following video offers a good look at exactly how a pyramid scheme works, as well as the closely related Ponzi scheme. Pyramid schemes are illegal.

The Securities and Exchange Commission notes:

The fraudsters behind a pyramid scheme may go to great lengths to make the program look like a legitimate multi-level marketing program. But despite their claims to have legitimate products or services to sell, these fraudsters simply use money coming in from new recruits to pay off early stage investors. But eventually the pyramid will collapse. At some point the schemes get too big, the promoter cannot raise enough money from new investors to pay earlier investors, and many people lose their money.

Essentially, an MLM crosses over from legitimate direct selling to a pyramid scheme when the money is based on recruitment, not sales to the public. But that distinction can obviously be difficult for an individual seller to glean. The FTC offers a number of tips to identify the difference between MLMs and pyramid schemes. For example, the FTC notes that companies that proffer some sort of “magical cure” for an ailment are more likely to be illegitimate.

While legitimate MLMs are criticized in their own right (more on that later), the issue is usually determining whether or not a company is a direct selling platform or a pyramid scheme in order to determine whether it is operating legally.

Recently, one of the largest and most well-recognized MLMs–Herbalife, which sells nutrition and personal-care products–saw accusations that it was a pyramid scheme levied against it. While the FTC found that it was not a pyramid scheme in 2016, the company was told by the government agency that it needed to clean up its act. According to CNBC:

Product distributors will now be paid based on actual retail sales rather just buying the product for their own personal consumption, according to the company statement. Distributors will need to provide actual receipts of retail sales in order to be paid. Herbalife will rely on a mobile app to help track sales and distribution more closely.

Additionally, the company had to pay $200 million as part of a settlement over claims of misrepresentation.

Since that point, Herbalife has struggled. It claims that its sales have been down as a result of the changes it had to make after the FTC decision. It’s unclear what’s next for the company.

Even if a Particular MLM Doesn’t Appear to be a Pyramid Scheme, is it Good to Work For?

Some critics say no, not necessarily. Criticisms of MLMs include that they often require serious money upfront on the part of the sellers, in order to buy an initial amount of the product being sold. Additionally, MLMs are based on the premise that you’re selling products to friends, neighbors, and family members. But people have limited networks, and presumably, you’ll run out of sales opportunities. As a result, a popular criticism of MLMs is that they’re unsustainable business models.

Robert Fitzpatrick, a former business consultant, has long spoken out against MLMs and wrote a book called “False Profits: Seeking Financial and Spiritual Deliverance in Multi-Level Marketing and Pyramid Schemes.” He claimed in a 2013 interview with CNBC that 99 percent of MLM participants don’t make a net profit–a statistic he says he derived from income disclosures available from “representative companies.”

The culture of MLMs is also sometimes criticized. Some have claimed that they create cultures that are almost “cult-like.” Yet MLMs are unlikely to have claims filed against them with the FTC for defrauding people. According to a 2016 Al-Jazeera report:

While there are several reasons that those who do feel defrauded do not speak up–legal intimidation tactics, the prohibitive cost of litigation, the fear of self-incrimination for having defrauded those they recruited and even shame–those who campaign against or are critical of MLMs and pyramid schemes say emotional manipulation is a significant factor. Victims remain silent because they ultimately blame themselves for failing to make money, not the company for making what some say are fraudulent promises to begin with.

Are There Any Arguments in Favor of MLMs?

Of course there are supporters of MLMs–after all, plenty of people are still joining these types of companies. They allow sellers to set their own schedules and give them the flexibility to work from anywhere they want.

Additionally, participants in MLMs get access to the products they want–many get a hefty discount for participating in the companies. Logically speaking, if someone is going to buy the products anyway, it may make more sense to “buy in” and participate.

MLM companies are pretty common nowadays, especially in the age of social media when so many people can reach friends, family, and even friends-of-friends with just a quick click of a button. But are they actually legitimate? What distinguishes MLM opportunities from illegal pyramid schemes is how the companies actually make their money–whether it comes from sales or recruitment. But even if a company is acting legally, that doesn’t necessarily mean that the MLM opportunity is worth it.

Anneliese Mahoney
Anneliese Mahoney is Managing Editor at Law Street and a Connecticut transplant to Washington D.C. She has a Bachelor’s degree in International Affairs from the George Washington University, and a passion for law, politics, and social issues. Contact Anneliese at amahoney@LawStreetMedia.com.
Share:
Related ItemsFraudFTCHerbalifeMulti-Level MarketingPonzi SchemesPyramid Schemes