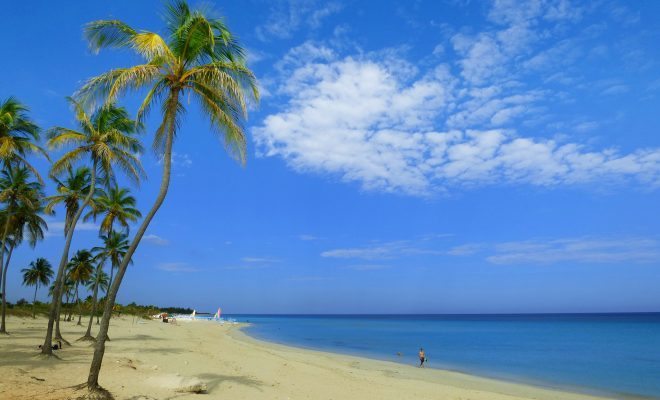 About a year after resuming the diplomatic relationship with Cuba, the U.S. government has just approved direct commercial flights from 10 American cities to Havana. This is yet another step toward thawing a relationship that has been icy since 1961.

A statement by the U.S. Department of Transportation reads:

Officials first signed an agreement to open up American flights to Cuba in February—for the first time in more than half a century. Last month, the Transportation Department approved flights to other cities in Cuba, but now the time has come to allow air travel to the the capital city, Havana. American Airlines will receive the biggest share of flights, at 35 per week, closely followed by JetBlue with 27.

Thinking about traveling to #Cuba? Watch this video from @USEmbCuba on 5 things to know before you go! https://t.co/mHQ429chlC

Florida has the highest Cuban-American population in the U.S., and so four cities will launch the most flights, at 85 per week. Demand will be high from Cuban-Americans, according to the Miami Herald.

Since Fidel Castro seized power and started collaborating with the Soviet Union in the early 1960’s, there has been mutual mistrust and economic sanctions on Cuba. The trade embargo also meant a travel ban, so that Americans could not visit the island legally.

When Obama came into office, he started working towards easing the bans and sanctions, in an effort to normalize the relationship. In 2009 he lifted the travel ban for Cuban-Americans, making it easier for people to visit relatives and travel freely.

However, the ban on American tourism in Cuba is still in place, so airlines will be required to record the reason why passengers are traveling there. But if you don’t have relatives on the island and want to visit, don’t fret. There are 12 scenarios where you could still be allowed to visit. For example, you’re ok to go if it’s for religious activities, to make a public performance, or compete in an athletic competition.

The decision about the flights won’t be final until after a 30-day trial period during which potential complaints or objections will be handled. The first U.S. to Cuba flight is scheduled to fly from Fort Lauderdale to Santa Clara in September.

Emma Von Zeipel
Emma Von Zeipel is a staff writer at Law Street Media. She is originally from one of the islands of Stockholm, Sweden. After working for Democratic Voice of Burma in Thailand, she ended up in New York City. She has a BA in journalism from Stockholm University and is passionate about human rights, good books, horses, and European chocolate. Contact Emma at EVonZeipel@LawStreetMedia.com.
Share:
Related ItemsAirline IndustryAirline TravelAirportsCommunismCubaDepartment of TransportationFlightsHavanaIslandSanctionsTourismTravelTravel Ban