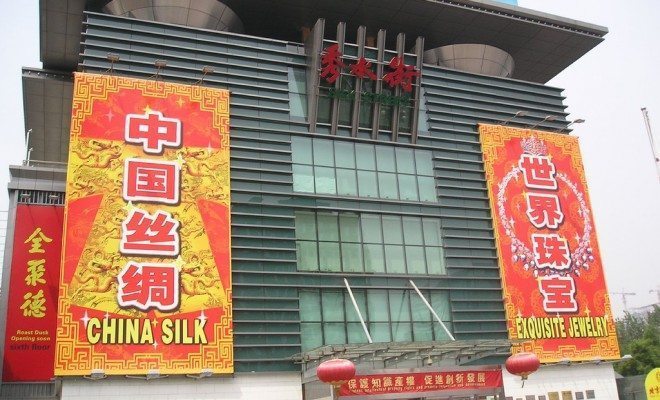 In the same land where a majority of its products are manufactured, China, Apple is in a dust-up with a manufacturer that is using perhaps its most well-known trademark: “iPhone.” Some leather goods–handbags, wallets, and phone cases–are sold in China with the word “iPhone” stitched into them, manufactured and sold by a small leather company, Xintong Tiandi Technology. And according to a Chinese court ruling this morning, that is perfectly legal.

Xintong emerged victorious in a case Apple initially brought against it in 2012, claiming its wares were a breach of their “iPhone” trademark.

The U.S.-based tech company lost the case, which was first brought to China’s trademark commission before being taken to court, and then lost the appeal this morning.

Apple issued the following statement on the ruling:

Apple is disappointed the Beijing Higher People’s Court chose to allow Xintong to use the iPhone mark for leather goods when we have prevailed in several other cases against Xintong.

Apple also noted that the company intends to continue fighting the case, and will request a retrial with China’s Supreme Court at some point in the future.

The legal blow comes during a fairly turbulent time for Apple in China, where the company recently experienced a 26 percent drop in sales during the first quarter of 2016.

The court ruled in favor of Xintong because its trademark for “iPhone” was filed in 2007, the same year the Apple iPhone was first produced, and well before the gadgets were sold in Chinese markets in 2009. According to the court, Apple failed to prove the iPhone brand was “familiar to the public” in China prior to when Xintong’s filed for its trademark.

The Chinese leather goods company was elated by the court’s decision:

The ‘iphone’ brand can blossom widely outside Apple. We will take the ‘iphone’ marque to its pinnacle, and together bring more benefit to the community of ‘iphone’ consumers!

According to a U.N. report, 70 percent of the world’s counterfeited goods come from China, though the Xintong case is an instance involving a disputed trademark on original goods, not a cut and paste, low-quality version of goods marketed under a well-known brand name.

And while the leather goods might be emblazoned with the name of the popular smartphone, at least they aren’t sold in a fake Apple Store.

Alec Siegel
Alec Siegel is a staff writer at Law Street Media. When he’s not working at Law Street he’s either cooking a mediocre tofu dish or enjoying a run in the woods. His passions include: gooey chocolate chips, black coffee, mountains, the Animal Kingdom in general, and John Lennon. Baklava is his achilles heel. Contact Alec at ASiegel@LawStreetMedia.com.
Share:
Related ItemsAppleChinaChinese CourtiPhoneTrademark