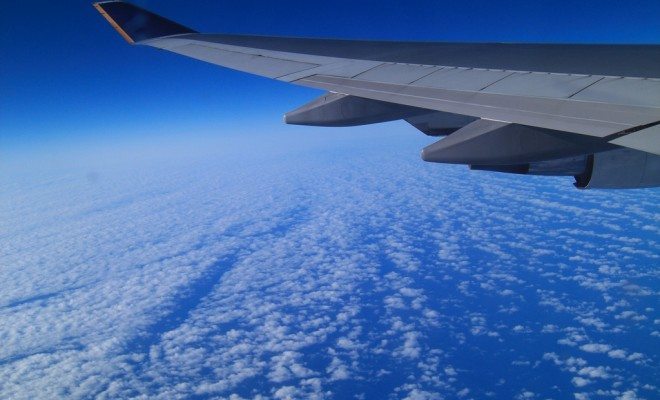 This Site Will Save You Money on Airfare, But is it Legal?

It’s no secret that flying is expensive, and many customers will do almost anything they can to save a few bucks on airfare. Under that assumption, 22-year-old entrepreneur Aktarer Zaman created a website called Skiplagged.com. Skiplagged advertises itself as “better at finding cheap flights than any other website!” However, because Skiplagged operates based on a loophole in airline pricing, airline companies aren’t as ecstatic about this new site as many consumers. In fact, United Airlines filed a suit against Skiplagged. There’s good and bad news for purveyors of cheap flights–the good news is that the lawsuit was just thrown out by a judge.The bad news is that the legal fights aren’t over yet.

Skiplagged is able to find cheaper fares by taking advantage of what is dubbed “hidden city pricing.” These “hidden cities” are the layover locations of flights. Suppose you’re trying to get from Atlanta to Philadelphia. It might be cheaper to book a flight from Atlanta to Boston, with a layover in Philadelphia, then just walk off the plane in Philadelphia and never continue on to Boston. You obviously wouldn’t be able to check a bag, but if you’re looking to save a few bucks, it’s a pretty brilliant idea. It’s always been possible for individuals to do so, but it takes a decent amount of research and work. Zaman built a website that does the same thing.

So financially, it’s definitely a win. But what about the ethics of this approach? That is significantly fuzzier. Technically speaking, by purposely not getting on a connecting flight, you are breaching the contract you signed with the airline when you purchased the ticket. You also may cause delays–if the flight crew is trying to make sure that they have all the customers on board it may take them a while to mark someone a no-show. Most importantly to the airlines, you’re costing them money.

As a result, United decided to sue Zaman, saying that he promoted “unfair competition” and “deceptive behavior.” Travel site Orbitz sued Zaman because you can’t book flights directly on Skiplagged, so the site directs you to purchase them from other retailers, such as Orbitz. Orbitz didn’t want to lose its bookings as a result of Skiplagged’s recommendations. Orbitz, however, settled its lawsuit in February, although the exact details of that settlement have not been disclosed.

As for the United lawsuit, that was just thrown out out by Chicago Judge John Robert Blakey of the Northern District Court of Illinois, but not on the merits of the case. It was thrown out because the court in which it was filed lacked the jurisdiction to decide the suit, given that Zaman did not live or do business in Chicago. This leaves United with the opportunity to try again in a more appropriate jurisdiction.

Trying again is something that the airline probably will do. United released a statement after the decision saying:

We remain troubled that Mr. Zaman continues to openly encourage customers to violate our contract of carriage by purchasing hidden-city tickets, putting the validity of their ticket and MileagePlus status at risk.

So, United will probably continue its quest to put Skiplagged out of business, and given the revenue that airlines have the potential to lose from this trick, others may join the lawsuit. For now, Skiplagged appears operational, but there’s no guarantee it will stay that way for long.

Anneliese Mahoney
Anneliese Mahoney is Managing Editor at Law Street and a Connecticut transplant to Washington D.C. She has a Bachelor’s degree in International Affairs from the George Washington University, and a passion for law, politics, and social issues. Contact Anneliese at amahoney@LawStreetMedia.com.
Share:
Related ItemsAirline IndustryAirlinesChicagoIllinoisInternetLawsuitSkiplaggedUnited Airline