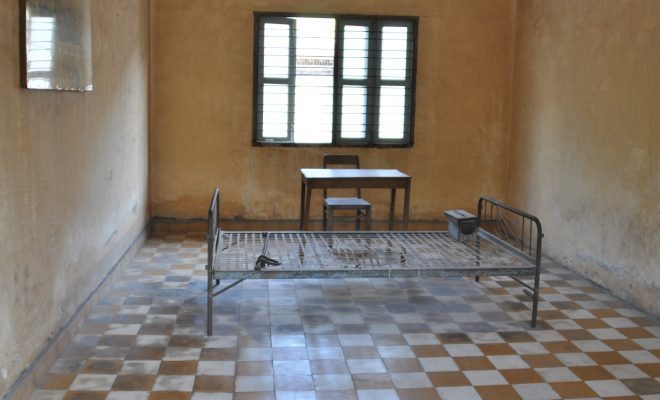 Three victims of the CIA’s torture program have filed a lawsuit against the program’s two creators. On Monday, a Washington judge ruled that the case can go to trial.

The plaintiffs in this suit are Suleiman Abdullah Salim of Tanzania; Mohamed Ahmed Ben Soud of Libya; and the estate of Gul Rhaman of Afghanistan. All three were detainees in a CIA prison in 2003. The first two are now free and living in their home countries. The third died in prison.

The defendants are James Mitchell and John “Bruce” Jessen, former U.S. military psychologists who designed the CIA’s “enhanced interrogation techniques” in November 2001. Reportedly, the government paid them between $75 and $81 million for their plans.

This is the first CIA torture lawsuit to survive past the pretrial discovery phase. Prior to this, the Bush and Obama Administrations intervened, arguing that the suits put state secrets at risk.

However, a Senate intelligence committee report published in 2014 provided many details that the administrations had tried to keep secret. It confirmed that the CIA tortured 39 people, including the plaintiffs, at a secret prison codenamed “Cobalt.”

According to the report, Salim and Ben Soud’s torture included beatings, sleep deprivation, shackling in stress positions, and waterboarding. In addition, Rhaman died of hypothermia after his interrogators doused him with water and left him in a freezing room overnight.

In a pretrial hearing on July 28, the defense attorneys argued that providing a memo to the CIA does not count as aiding and abetting torture. It was the U.S. government, not Mitchell and Jessen, who conducted the program.

At one point, the defense team compared their clients to the manufacturers who developed the gas used in Nazi execution chambers. The British military tribunal, the lawyers pointed out, did not try those manufacturers for what the Nazis did.

Judge Justin Quackenbush rejected those arguments, ruling that the evidence indicated that Mitchell and Jessen themselves supported using torture on the CIA prisoners. Not only that, he found it “undisputed” that the psychologists used the techniques themselves on the CIA’s first detainee, Abu Zubaydah. Jessen was “physically involved” in Rhaman’s torture as well.

“Defendants have not established they merely acted at the direction of the government, within the scope of their authority, and that such authority was legally and validly conferred,” he decided.

The American Civil Liberties Union (ACLU) first filed the suit on behalf of the three plaintiffs in 2015.

“The court’s ruling means that for the first time, individuals responsible for the brutal and unlawful CIA torture program will face meaningful legal accountability for what they did,” ACLU attorney Dror Ladin told the Guardian. “Our clients have waited a long time for justice.”

The trial will begin on September 5.

Delaney Cruickshank
Delaney Cruickshank is a Staff Writer at Law Street Media and a Maryland native. She has a Bachelor’s Degree in History with minors in Creative Writing and British Studies from the College of Charleston. Contact Delaney at DCruickshank@LawStreetMedia.com.
Share:
Related ItemsACLUCIALawsuitTorts NewsTortureWashington