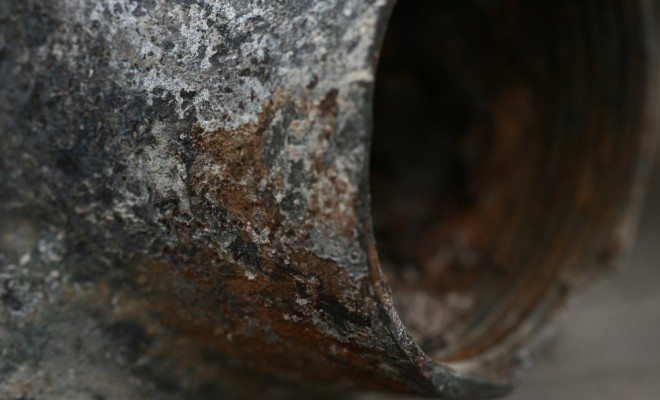 A Call for Help in Flint’s Toxic Water Emergency

Would you drink this water?

Many citizens of Flint, Michigan are refusing to–and for good reason. The water supplied by the city of Flint to many residents has been contaminated with poisonous amounts of lead and other toxins for over two years. The safe level for lead content in drinking water, according to the CDC, is absolutely none. That’s why the EPA’s goal for public drinking water is zero parts per billion (ppb), and why 15 ppb is listed as their action level (the concentration at which water authorities are federally required to lower contamination).

So with these regulations from the Safe Drinking Water Act, why are some families reporting 25, 100, and even 200 ppb of lead detected in the tap water from their homes? The answer is shrouded in the intricacies of municipal water supply agreements and water main construction, which are enough to make anyone’s eyes glaze over. So let’s break down just how this ‘man-made disaster‘ began: with a corner-cutting move designed to save money.

It Began With a Plan

Flint, Michigan had been getting its tap water from Detroit for over 50 years. But in 2013, the Karegnondi Water Authority (KWA) began constructing a new pipeline to connect water from Lake Huron to Genessee County, which contains the Flint metropolitan area. This new project would provide water to Genessee and neighboring counties no longer rely on water piped in from Detroit.

A project like this is great news for towns like Flint, which could reduce their public water costs by procuring it locally while also creating jobs to construct and maintain the new system. So construction began on the KWA, and at this point in the story, no public officials or agencies have done anything wrong. That changes.

You see, when this happened, Flint planned to switch to the new KWA pipelines when they finished construction in three years. But in the meantime, they still needed water, and rather than continuing to buy the Detroit water–a pre-treated and sanitary supply from Lake Huron–they switched sources to the Flint River. This switch was estimated to save about $5 million over less than two years.

The trouble was that the water sourced from the Flint River was 19 times more corrosive than the Lake Huron supply. Even after being treated and deemed acceptable, the water eroded the city’s pipes and water lines and accumulated iron, lead, and other metals from the material of the pipes.

By the time the water arrives at neighborhoods, businesses, and schools, the once-drinkable water is tinged brown from the iron, and carrying harmful levels of toxic chemicals. The most dangerous of which is lead.

Flint, Michigan, is suffering a major water crisis. Here’s how you can help. https://t.co/Z01vWiG8JLpic.twitter.com/ecJyIhEtkF

The presence of lead in drinking water is known to cause kidney problems and related issues in adults, but infants and children are subjected to the worst effects. Lead interferes with development such that children exposed to lead exhibit delays in mental and physical development are often severely impaired by the contaminant’s effects. In September 2015, according to a study performed by the Hurley Medical Center, the proportion of infants and children with above-average levels of lead in their blood nearly doubled since Flint switched its water source.

Given the extent of the problem, residents in Flint have very few options to stay safe. Many homeowners took to boiling large batches of water before bathing their children or giving them water to drink. While that process can help remove some impurities, it actually makes the issue of lead contamination worse. The city issued a ‘Boil Advisory‘ detailing how boiling water just increases the concentration of lead in the tap water.

The only choice left for thousands of residents is to purchase bottled water. The FDA regulates that a bottle of water can have no more than 5 ppb of lead, so bottled water is a safer option for concerned homeowners. For many, this cost is in addition to their water bill, which still may need to use for bathing, and washing dishes. Considering that Flint is often recognized for its poverty (in addition to being among the most dangerous cities in the United States), this burden is especially debilitating.

After denying that the water in Flint presented a danger to its citizens for nearly two years while residents continuously complained about their water quality, Flint officials finally recognized the contamination problem. When trying to contain a public health epidemic such as this one, it’s important to know the scale of the problem. That seems like a pretty simple task– figure out which homes receive water from pipes made of lead, as those pipes are now corroded and cannot safely transmit water– but as with all things bureaucratic, it wasn’t nearly that simple.

The city government’s data on which houses are serviced by lead water lines was written down on 45,000 index cards stored in a filing cabinet in the city’s public utility building. In October of 2015, transferring this information into a digital spreadsheet was, according to Department of Public Works Director Howard Croft, “on our to-do list,” but only a quarter of the cards had been processed at that time.

Remember that $5 million number? That was the amount Flint expected to save with their water-source switch. The ultimate cost of that “money-saving” maneuver has been estimated at over $1.5 billion dollars by some, as officials evaluate the cost of completely renovating the Flint waterlines with lead-free pipes. That figure also doesn’t take into account any compensation for families and children affected by the contaminated water. The Governor of Michigan, Rick Snyder has now officially appealed to President Obama for a declaration of disaster and federal aid.

Whether Snyder and the state of Michigan receive the declaration and money they are hoping for, the damage to the people of Flint has already been done. Even as the water source is relocated, the lead pipes servicing Flint will still be compromised. A careless decision by local officials snowballed into a public health crisis of unprecedented scale in the area, and the youngest residents of Flint will pay the highest price.