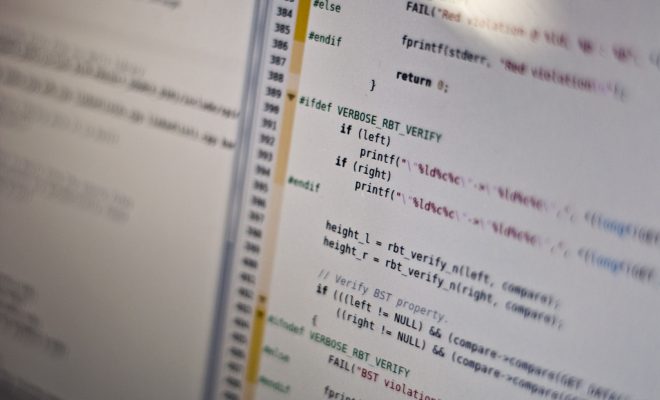 Why are Some Prisons Banning Inmates From Teaching Themselves to Code?

Learning to code can be an incredibly lucrative skill in today’s technical age, but is it a potential “threat to order and security?”

Ohio and Michigan prisons ban books that aim to teach computer programming skills, according to MuckRock, a non-profit site aimed at sharing public information via the Freedom of Information Act. The organization recently obtained a list of banned books in state prisons.

“Their decisions to ban educational texts related to programming, alongside erotica and literature published by neo-nazi groups, are in stark contrast with practices in other states and countries, where prisons include coding in educational programs,” writes MuckRock.

Ohio’s list of banned books contained titles like “Beginning Linux Programming 4th Edition,” “The Linux Professional Institute Certification Guide,” and “Operating Systems Demystified.” The state gave no explanation as to why the books were banned.

In Michigan, prisoners were specifically banned from reading books the Department of Corrections believes “contains information about computer programs and applications.” Texts like “Windows 98 6 in 1” and “Windows Game Programming for Dummies” were banned because they represent a “threat to the order and security of the institution.”

According to MuckRock, 15 books are banned for including information about computer programming, including guides to web design and a book aimed at teaching the elderly how to use computers.

The decision to ban these kinds of books is a stark contrast from rehabilitation efforts in San Quentin, California. At the San Quentin State Prison, Chris Redlitz of The Last Mile helps to prepare inmates for successful reentry into society through web education and career training opportunities. In 2014, he launched Code.7370 San Quentin, the first computer programming curriculum in a U.S. prison.

Inmates in the program help build apps and other software for startups and established companies like Airbnb. Because they can’t use the internet, the development shop’s coders work on a closed network. The men in the program make $16.77 an hour.

In April, CNBC reported that none of the prisoners who had gone through the program had returned to prison. That is likely due to the fact that the program is exceptionally beneficial to inmates, because it provides prisoners with an entrepreneurial skillset that enables them to start a career for themselves upon release, rather than relying on limited job opportunities available to felons.

The Code.7370 curriculum has since expanded to five more prisons in California, including two women’s prisons, and Redlitz has hopes to create a national program within the next five years.

Alexis Evans
Alexis Evans is an Assistant Editor at Law Street and a Buckeye State native. She has a Bachelor’s Degree in Journalism and a minor in Business from Ohio University. Contact Alexis at aevans@LawStreetMedia.com.
Share:
Related ItemsChris RedlitzCodeComputer ProgrammingInmatesMichiganOhioPrisonSilicon ValleyThe Last Mile