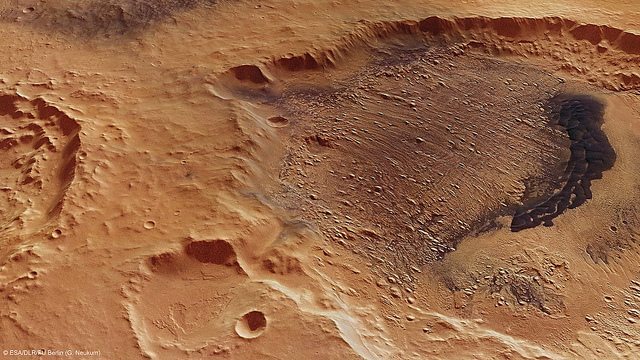 NASA’s Mars Curiosity rover detected changing methane gas levels on the much-talked-about planet, spurring reports this week of the possibility of life. According to Sushil Atreya, a member of the rover team, “This temporary increase in methane–sharply up and then back down–tells us there must be some relatively localized source…biological or non-biological, such as interaction of water and rock.” This is great news for the many hopeful applicants to Mars One, the human colony project slated for 2024.

Click here to read Mankind is Mars-Bound: All the Facts on Mars One.

NASA is very clear about one thing: the discovery of fluctuating Methane levels does not mean that there absolutely life on Mars, but rather that life is one possibility among many that could account for this activity. According to John Grotzinger of the rover team,

That we detect methane in the atmosphere on Mars is not an argument that we have found evidence of life on Mars, but it’s one of the few hypotheses that we can propose that we must consider. Large organic molecules present in ancient rocks on Mars is also not an argument that there was once life on ancient Mars, but it is the kind of material you’d look for if life had ever originated on Mars.

This is not the first time that scientists have made a discovery like this one. Smaller methane fluctuations have been detected several times over the last several years, and the team was able to tap into the “hydrogen isotopes from water molecules that had been locked inside a rock sample for billions of years,” the analysis of which added to knowledge of martian water on Mars.

This illustration portrays possible ways that methane might be added to Mars’ atmosphere (sources) and removed from the atmosphere (sinks). NASA’s Curiosity Mars rover has detected fluctuations in methane concentration in the atmosphere, implying both types of activity occur in the modern environment of Mars. Courtesy of NASA/JPL -Caltech/SAM-GSFC/Univ. of Michigan.

Law Street writer Madeleine Stern wrote an in-depth explain about the Mars One program that I highly suggest you read in light of this new information coming out of NASA. Mars One, the brain child of Bas Lansdorp and Arno Wielders, is a nonprofit organization based in the Netherlands that is working toward colonizing Mars. The colony, slated to be established in 2024, will be filled with selected individuals who will make the one-way trip after a three-round selection process to weed out the competition. The first round of Mars One applicants are going to be trained for their life on Mars beginning in 2015, with aspects including physiotherapy, psychology, and exobiology–the study of alien life.

So while we wait for more answers to the questions of what the latest Mars methane discovery means and where it is coming from, you can still throw your hat into the ring to become one of the planet’s first inhabitants. Or hey, at least you can buy a $50 sweatshirt to offset the projects $6 billion price tag.

Chelsey D. Goff
Chelsey D. Goff was formerly Chief People Officer at Law Street. She is a Granite State Native who holds a Master of Public Policy in Urban Policy from the George Washington University. She’s passionate about social justice issues, politics — especially those in First in the Nation New Hampshire — and all things Bravo. Contact Chelsey at staff@LawStreetMedia.com.
Share:
Related ItemsCuriosityDiscoveryLifeLife on MarsMarsMars OneMethaneNASARoverScience