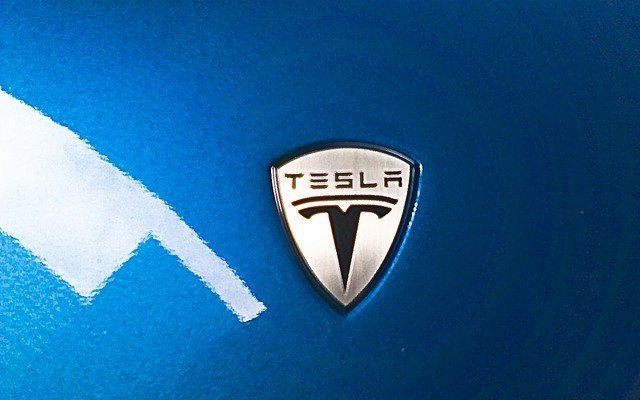 Tesla Releases Its Patents, But is it Enough to Jump Start Electric Vehicle Production?

The name “Tesla” can provoke various thoughts: the character played by David Bowie in The Prestige; Tesla Motors; “tesla coil” and, of course, its inventor Mr. Nikola Tesla himself. Aside from providing the car company with a catchy name, the famous inventor’s original 1882 design of an AC motor is the predecessor to the one currently used by Tesla Motors.

On June 12, 2014 the Tesla Motors company made headlines by announcing that it would make its patents publicly available. As of the end of last year, Tesla had been issued 203 patents and had more than 280 applications pending with the United States Patent and Trademark Office.

According to Tesla’s official blog, “Yesterday, there was a wall of Tesla patents in the lobby of our Palo Alto headquarters. That is no longer the case. They have been removed, in the spirit of the open source movement, for the advancement of electric vehicle technology.”

Why did the company release this information, allowing others to access its secrets? What does the wide availability of these patents mean for the future of Tesla Motors and the entire the auto industry?

To answer the question of why Tesla Motors made its patents publicly available, one need not search any further than the company’s website, where Musk explains the company’s hope that the wide availability will lead to rapid-evolution of the electric car industry.

Given that annual new vehicle production is approaching 100 million per year and the global fleet is approximately 2 billion cars, it is impossible for Tesla to build electric cars fast enough to address the carbon crisis…We believe that Tesla, other companies making electric cars, and the world would all benefit from a common, rapidly-evolving technology platform.

Why release their patents now, though? Initially employees of Tesla Motors worried that if the technology were made public, large auto companies would copy the information and leave Tesla Motors entirely unable to compete; however, as Musk states in the blog, they quickly realized that this was not the case.

Our true competition is not the small trickle of non-Tesla electric cars being produced, but rather the enormous flood of gasoline cars pouring out of the world’s factories every day.

Will It Catch On?

Tesla expects this release to encourage other auto companies to build on the information, leading to the mass production of electric cars; however, despite the appeal of electric cars, they still have numerous drawbacks limiting marketability to the average consumer. For example, the vehicles typically only have a range of about 100 miles and take hours to recharge, whereas cars run by gasoline have a 300-plus mile range and only require a quick stop at a gas station to refuel. On the plus side, however, electric cars cost only 2 cents per mile to run. For electronic vehicle sales to really take off, the upfront costs will need to be substantially more affordable. Unfortunately, reducing carbon emissions alone is not motivation enough for the majority of car buyers to go electric.

Despite the fact that the number of electric vehicles sold each year does not even approach that of gasoline-powered vehicles, the number is increasing. In 2013, approximately 96,000 electronic vehicles were sold, almost doubling the number sold in 2012.

Time will tell if Tesla Motors’ release of its patents will provide sufficient motivation for other auto companies to beef up the production of electric vehicles and lead to the reduction in the impact of drivers on the environment. If this technology is embraced by other car manufacturers, the automaker community could work together to improve the way electric cars are made and marketed. Doing so would have a tremendous impact on the environment. According to research compiled by Sherry Boschert, author of the book, Plug-in Hybrids: The Cars that Will Recharge America, use of electronic vehicles would reduce the amount of pollution released by cars between 32 and 99 percent. Though there is discrepancy between the exact amount of reduction the switch to electric cars would cause, there is a general consensus that it would be beneficial. Although no one can be sure exactly what will happen now that Tesla Motors has made their patents public, it seems to be a step in the right direction of sharing potentially valuable information throughout the industry.

Marisa Mostek
Marisa Mostek loves globetrotting and writing, so she is living the dream by writing while living abroad in Japan and working as an English teacher. Marisa received her undergraduate degree from the University of Colorado in Boulder and a certificate in journalism from UCLA. Contact Marisa at staff@LawStreetMedia.com.
Share:
Related ItemsAutomobilesCarsElectric CarsNikola TeslaTechnologyTeslaTesla Motors