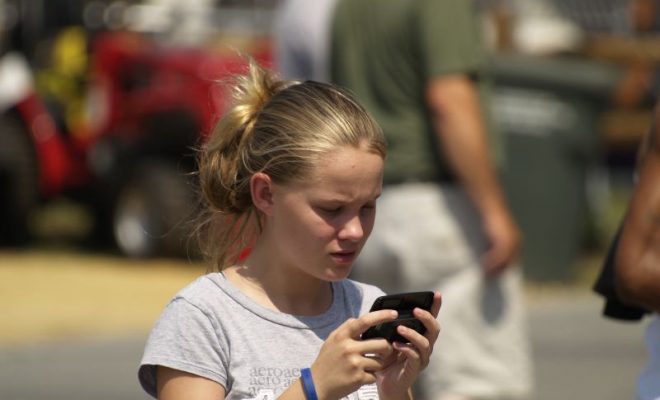 New Law: No “Crossing and Texting” in Honolulu

Look left, look right…take your eyes off your smartphone. Okay. Now, you can cross the street in Honolulu.

In a 7-2 vote, the city council just passed a law that makes it illegal to stare at a phone screen while crossing “a street or highway.” The “distracted pedestrians law,” which is the first of its kind in the country, also encompasses video games, cameras, tablets, pagers, and other small handheld devices.

“Sometimes I wish there were laws we did not have to pass, that perhaps common sense would prevail,” Mayor Kirk Caldwell said during a bill signing ceremony near one of the city’s busiest intersections. “But sometimes we lack common sense.”

Local law enforcement will have three months to educate people about the new law, but after October 25, so-called “smartphone zombies” will risk incurring fines between $15 and $99, depending on how many times they have gotten caught glancing downwards before.

Pedestrians can still look at their phones on the curb and won’t be penalized if they are listening to music or talking on the phone as they cross the street, as long as their eyes can stay on the road. Dialing 911 is also permitted mid-crossing.

Though many believe this law, much like jaywalking, will be enforced in an arbitrary manner, lawmakers assure they are trying to tackle a serious road fatality problem.

“We hold the unfortunate distinction of being a major city with more pedestrians being hit in crosswalks, particularly our seniors, than almost any other city in the county,” Caldwell told Reuters.

The Governors Highway Safety Association reported that pedestrian fatalities increased 11 percent from the first six months of 2015 to the same period in 2016 and that one possible reason may be the rise in smartphone use.

However critics are saying that this law ought to further regulate drivers instead of punishing pedestrians.

Hawaii already forbids drivers from using their phones or texting while driving, allowing them only to use a hands-free device. However, no law exists preventing them from glancing at their screen. Last year, local police issued over 20,000 distracted driving citations statewide.

“If it’s signed into law,” writes Steven Miller in an opinion piece, “a pedestrian could have the right of way, be struck by a driver, and still receive a ticket for using a cell phone in the crosswalk, even though it’s the driver who should have yielded.”

Others are complaining that this new policy is an overreach of the local government’s authority.

“I don’t know if it should be a law that you can’t use your phone, because it is your phone,” said Sandra Hirooka. “I like the freedom of using my phone whenever I want to.”

Celia Heudebourg
Celia Heudebourg is an editorial intern for Law Street Media. She is from Paris, France and is entering her senior year at Macalester College in Minnesota where she studies international relations and political science. When she’s not reading or watching the news, she can be found planning a trip abroad or binge-watching a good Netflix show. Contact Celia at Staff@LawStreetMedia.com.
Share:
Related ItemsAccidentCarsCrosswalkHawaiiHonoluluLawPedestrianPhoneScreensSmartphoneStreetsTextWalk