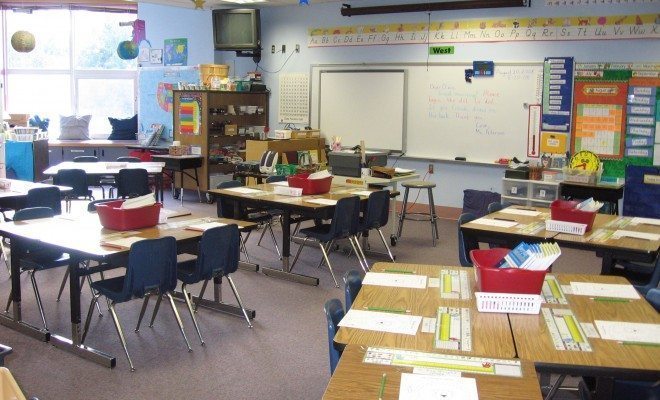 Tenure for teachers has always been a contentious issue in public schools, but recently, students in California have taken the issue to a whole new level by suing the state over its tenure policies.

Tenure itself is a system designed to give teachers due process should they be accused of poor performance or other less than satisfactory behaviors. The system was implemented as a way of making sure teachers weren’t fired unfairly because it got too expensive to pay them; because they were too old; or a number of other political reasons. The process to remove a tenured teacher can have a number of steps, and can take a relatively long time, depending on the situation.

Proponents of tenure say it helps strengthen a teacher’s ability to act with autonomy within his or her working environment. But other people haven’t been so sure about the effectiveness of the system.

Those against tenure claim that once it is enacted, there is no way to hold a teacher accountable for being an effective educator. With tenure, they say, it is much harder to fire a teacher who isn’t doing his or her job correctly. The process can go on for years, and can cost school districts hundreds of thousands of dollars.

Some students in California tended to think the same way, and brought a lawsuit against the state, claiming the state’s tenure laws hindered their abilities to get a quality education. The case, Vergara v. California, is being heard before the Los Angeles County Superior Court. Nine students and their families raised the case through a group called Students Matter.

According to its website, the group aims to strike down three laws: permanent employment statute, dismissal statutes, and “last in, first out” layoff statutes. The group believes that by getting rid of these three laws, more ineffective teachers will be let go, regardless of how long they have worked in the schools, meaning more effective teachers can be brought in, better serving students’ needs.

One quote from the preliminary statement filed reads as follows:

“A handful of outdated laws passed by the California legislature are preventing school administrators from maintaining or improving the quality of our public educational system by denying them the flexibility to make teacher employment decisions driven by the needs of their students.”

The group claims that by having these three laws surrounding job protections for teachers, their right to a quality education is diminished. Rather than having the teachers’ best interest in mind, the students’ well-being should be the main focus of the state.

Currently in California, teachers start off with a probationary status, and must remain in good standing for two consecutive school years before they gain permanent status starting at the start of their third year teaching (permanent employment statute). Once granted this status, teachers can only be fired with “just cause” or in the case of layoffs. In order to determine “just cause” teachers are allowed to have a full hearing in front of a panel in order to determine any wrongdoing, in addition to another of other steps, in a process which can take several months, if not more (dismissal statutes). Additionally, in the case of layoffs, it has been customary for new teachers to automatically be let go first, keeping permanent teachers in place without regard for level of effectiveness in the classroom (last in, first out statute).

This lawsuit is one of the first of its kind, targeting the entire school system for something as institutional as tenure, and the Students First group recognizes this. Their website has an entire page dedicated to the idea of taking this issue through the courts rather than a lawmaking body. They claim by using litigation, politics will be less likely to affect the ruling and subsequent change to policy.

But even if the group wins, will California schools get better?

It’s hard to say what kind of impact a potential “win” for these plaintiffs would mean for the future of teachers in California.

Even if the regulations Students Matter are fighting against get struck down, there are a number of other hurdles California school districts will need to overcome in order to see improvements in the schools there. Language and socioeconomic barriers, budget problems, and poor test scores cannot solely be fixed by removing these allegedly detrimental barriers dealing with teacher permanency.

Without comprehensive education reform, more than just tackling tenure, schools in California (and other states) cannot expect to improve. While there may be some instances in which ineffective teachers cannot be fired because of institutional barriers, it’s hard to believe that the majority of the state’s problems stem from these few regulations.

Before blaming regulations aimed at protecting teachers from unjust discrimination, it may be important to look towards other pressing features which bar a student’s right to a good education. Only with this comprehensive view of an education system will real change be accomplished.