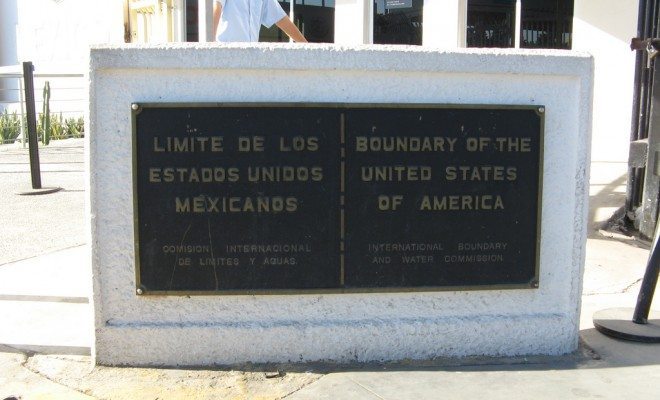 Stuck in McAllen: Jose Vargas and the Texas Immigration Crisis

“Don’t call me illegal, because I am not, illegal are your laws, and that’s why I’m not leaving.” A group of thirty undocumented youth chanted this rallying cry in the city of McAllen, Texas, while wondering if they had left behind their families and traveled hundreds of miles for just a fleeting glance of America. Jose Antonio Vargas is a reporter who traveled to McAllen to cover this vigil, and for him, it’s personal. He has had much more than a glance of life in America, calling himself the “most privileged” undocumented immigrant in the country. He has written for the New York Times Magazine and TIME Magazine about his experiences, and directed a recent documentary on the immigration issues facing this nation. He has traveled around the country for over three years, with his seemingly American identity and the media recognition he draws keeping him safe from deportation. But now, in McAllen, he may be no different than the undocumented children whose stories he is reporting.

Vargas went to McAllen to cover the vigil for the undocumented children, and to report on shelters set up by citizens of the town. Shortly after his arrival, he began receiving emails from friends asking him how he planned to get out, considering the checkpoints that were set up outside of the town and the airport. Vargas usually flies on his Filipino passport, but these checkpoints require proof of citizenship to pass. Vargas has now been arrested, and like those undocumented children, what will happen to him remains to be seen.

The crisis in McAllen

There are currently waves of undocumented immigrants flooding into Texas, mainly composed of children. McAllen, one of the cities most hard hit, has responded to this crisis in a way that should make Americans proud. Long before the federal government stepped in to help aid the massive influx of immigrants, the people of McAllen answered the call. Local residents began giving out supplies and aid to immigrants at the local bus station, where the children would often be stranded for hours or even days. Makeshift shelters began operating out of the trunks of cars and the basements of churches. The Rio Grande valley, where McAllen is located, has seen a 178 percent increase in the number of migrant workers the past few months. The federal government was not prepared for this and still is not–shelters remain a poorly met necessity in McAllen. But McAllen has answered the call, with volunteers exceeding the number needed on some days.

But the great work the people of McAllen are doing is not without protest. Outside the shelters housing these children are signs declaring that they should be sent home. It is currently legal for the government to send children to live with relatives, family friends, or a foster family until the children face a deportation hearing, which can sometimes take years. At these hearings the judges will have the authority to allow the children to stay or send them home. But many are saying that Obama has the authority to send these children home and should do so. This crisis has quickly become a frantic flashpoint in American politics, with politicians, pundits, and the media all chiming in.

One politician arguing for deportation is Texas Governor Rick Perry. He says, “allowing them to remain here will only encourage the next group of individuals to undertake this dangerous and life-threatening journey here.” Others have said the children should be allowed to stay, especially considering the dangers they face back home. In a surprise move, conservative pundit Glenn Beck has been a huge advocate for allowing the children to stay. In perhaps the one of the wisest statements Beck has ever made, he said, “I’ve never taken a position more deadly to my career than this — and I have never, ever taken a position that is more right than this.”

A change does need to be made because the current system is far to slow to deal with the influx of child immigrants, but that does not mean the solution is to send them back. These children have left places that are ravished by poverty and gang violence. Sending them back could be akin to authoring their death sentences. It’s clear that the people of McAllen have put politics aside to help these children. It would be nice if politicians would do the same.

So back to Jose Vargas, the celebrity journalist whose story is now inextricably linked with the children who have arrived at our borders. Jose Vargas is now being detained in the McAllen Border Control Headquarters. He was arrested trying to fly out of a local airport. Vargas, almost better than anyone, knew the risk he was taking, as the Border Control was publicly checking IDs at the airport. He tweeted the incident as seen below:

About to go thru security at McAllen Airport. I don’t know what’s going to happen. For updates follow @DefineAmerican & @MAC_UTPA

The only IDs I have for security: Philippine passport and my pocketbook US Constitution @DefineAmerican & @MAC_UTPA pic.twitter.com/IFH0Vb4oX7

Here's a photo of @joseiswriting in handcuffs, because the Border Patrol has nothing more pressing to do apparently pic.twitter.com/dN8KewqeZr

Considering what Vargas knew, combined with the way he tweeted before going through security, it seems as if he expected to get arrested. It seems that he is trying to prove a point, or perhaps is just trying to draw attention to the situation. If that is the case, he has succeeded–social media and news networks have been all over his arrest. And if he were to be deported, that would be a even bigger story and rallying cry for his supporters.

If this was done on purpose, Vargas has positioned himself to have a huge political impact on the current humanitarian crisis. He may be able to be the voice that these children don’t have. He is showing the world that undocumented immigrants don’t all look the same. It’s an issue that affects all of us. Hopefully his actions have a real world impact–because something needs to be done in Texas.

Update: Jose Antonio Vargas has been released by the Texas Border Control, with an order to appear in front of an immigration judge. There has been no notable progress on the statuses of the thousands of children in McAllen.