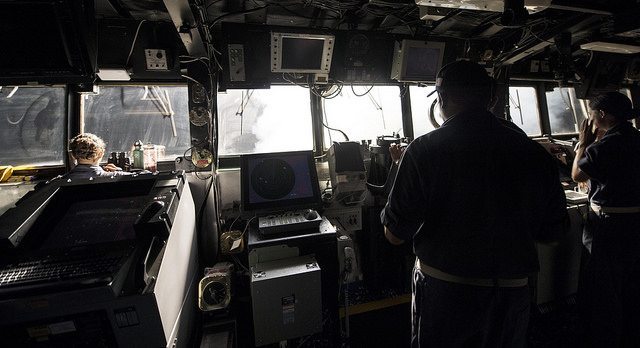 Strikes Against ISIS in Syria: Shaky Ground for Obama Administration

On Tuesday in a dramatic escalation of the many-sided conflict in Syria, the United States, along with a coalition of Middle Eastern states, showered ISIS strongholds with airstrikes and Tomahawk cruise missiles. Lawmakers, public officials, and pundits have traded arguments over whether the United States has any interest in intervening, whether ISIS poses any threat to United States, and whether the United States has any justification in getting involved in Syria’s three and half year long civil war. In support of the strikes that started on Tuesday, President Obama has invoked several international and domestic legal justifications. Like any justifications for war, however, they aren’t completely solid.

On Tuesday, U.S. Ambassador to the United Nations Samantha Power answered the international justification question in a letter to Secretary General Ban Ki-moon, saying that the United States has the right to carry out self-defense on behalf of Iraq.

President Obama also has to cover his bases for legal justification domestically. To that end, he told Congress on September 9th that he doesn’t need Congressional permission and that he has the authority to take action. This justification can be found in the 2001 Authorization for Use of Military Force (AUMF). That resolution gave the President authority to:

Use all necessary and appropriate force against those nations, organizations, or persons he determines planned, authorized, committed, or aided the terrorist attacks that occurred on September 11, 2001, or harbored such organizations or persons.

The law is vague and has a wide enough breadth that it has been successfully used by the United States for continued military actions across the world.

The organizations targeted in the wording of the AUMF have generally been Al-Qaeda and the Taliban. While ISIS has its origins in Al-Qaeda and claimed to still be affiliated, Al-Qaeda officially cut ties with ISIS in February, prompting controversy over whether the president actually has the legal authority to target them without Congressional approval. But this week’s strikes didn’t target ISIS alone. The Pentagon announced that the attacks also targeted the Khorasan, a little-known terrorist group that does have connections with Al-Qaeda via Jabhat al-Nusra, another Al-Qaeda offshoot in Syria.

Additionally, an incredibly interesting facet of this conflict is that, despite the fact that Obama has previously said that he wanted to eventually repeal the AUMF, he is using it to justify strikes against ISIS. The Obama Administration’s choice of justifications has prompted questions over the president’s apparent change of heart about practicing restraint in counterterrorism. Historically, however, the expanded offensive isn’t so strange, as Obama has bombed half a dozen other countries in the Middle East and North Africa during his presidency.

Remember that just over a year ago, the United States was having the same debate about getting involved in Syria, except that Obama was then insisting that it was necessary to bomb Syrian President Assad, after his regime killed upwards of 1,400 people in a sarin gas attack. That plan was ditched at the last second when Russia made a deal with Syria to dispose of the country’s chemical weapons. But historically speaking, what Obama’s administration did on Tuesday really isn’t a departure from his foreign policy strategies.

Some Obama critics say that if Obama had gone through with those threats against Assad last year, the United States may not be in this mess with ISIS today. A common theory about how ISIS grew to be so powerful is that Syrian President Bashar al-Assad strategically watched idly by as it clashed other rebel groups, who were trying to oust him and create a democratic government, and took over large swaths of land. He even bombed the rebels as they gained ground against ISIS. He did this, some say, in order to have a legitimate claim to having a terrorist threat in Syria and lure in Western powers to help him, and not the rebels. As it turns out, Assad didn’t need to convince the West to join his side. They are, however, giving him a courteous “heads-up” about bombing his enemies.

While his administration has done its homework and technically managed to justify these new attacks on ISIS, Obama’s words and actions surrounding them don’t scream consistency, either. His backing out of the plan last year to strike Assad in Syria suggests that he may have only been talking about strikes to save face. It suggests that only when words like “Islamist” and “terrorist” are being thrown around is it necessary to take action. And using the AUMF to take those actions suggests that it’s acceptable for the president to change his position on that justification whenever it’s convenient.

Zaid Shoorbajee
Zaid Shoorbajee is a an undergraduate student at The George Washington University majoring in journalism and economics. He is from the Washington, D.C. area and likes reading and writing about international affairs, politics, business and technology (especially when they intersect). Contact Zaid at staff@LawStreetMedia.com.
Share:
Related Itemsal-QaedaAttackAUMFBan Ki-MoonInternational LawIraqISISKhorasanObamaPentagonPresident ObamaSamantha PowerSovereigntyStrikesSyriaUNUnited NationsUnited States