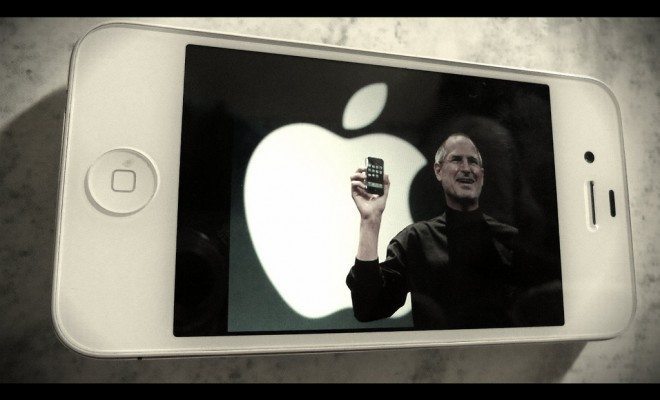 Steve Jobs to Testify Despite Being Dead

Steve Jobs will be testifying in a class-action trial in which it is being alleged that Apple broke anti-trust laws.

Now, Steve Jobs is, of course, dead. But before he died, he recorded a deposition and now that deposition will be played during the trial. In addition to the deposition, emails that he sent during that time period will also be used.

The suit essentially says that during part of the early iPod era–2006 to 2009–Apple only allowed music downloaded from iTunes to play on the devices. The reverse was also true–if you downloaded music from iTunes, which was admittedly one of the easiest platforms at the time, you couldn’t get it to play on another kind of device. By not allowing music downloaded from competing companies, Apple essentially broke anti-trust practices. That’s obviously no longer the case–Apple changed its products to allow music from other platforms in 2009. Now, it’s pretty easy to get content from other music retailers onto iPods, iPhones, iPads, or any other Apple devices, but “the plaintiffs argue that it inflated the prices of millions of iPods sold between 2006 and 2009 to the tune of $350 million.”

Jobs’ “testimony” seems like it could be pretty damning for Apple. For example, an email released a few years back includes a statement from Jobs as follows:

We need to make sure that when Music Match launches their download music store they cannot use iPod. Is this going to be an issue?

In addition, the plaintiff’s attorneys claim that their most salient proof comes from the reaction that Jobs had to a rival company, RealNetworks, releasing software called “Harmony.” Harmony would have allowed songs purchased from Real to be played on Apple devices. Apple responded by quickly releasing updates that rendered Harmony incompatible. Bonnie Sweeney, an attorney for the plaintiffs, said that there is evidence that Jobs was furious at Harmony’s release, and his testimony will show that.

Jobs isn’t the only familiar face from Apple who will be testifying at this trial. Marketing Chief Phil Schiller and the exec who runs Apple’s software sales, Eddy Cue, will also be there.

The fact that Jobs’ testimony is being incorporated a few years after his death says a lot more about our court system than the case itself. The case was first filed in 2005, and there’s been basically a decade of legal back-and-forth over the issue. Now, almost 10 years later, it’s hard to even remember the days when you could only use iTunes if you had an iPod. In addition, the money that’s up for grabs–the suit is for $350 million–really isn’t that much to a company like Apple. After all, Apple makes about $180 billion in a single year. But it’s gotten pretty used to defending itself in court, and this is just further example of that attitude.

What’s really making the news here isn’t the class-action lawsuit–which to be honest is pretty run of the mill and boring. It’s the fact that Jobs, who has an almost cult-like following, is going to be sort of the “star witness” from the grave. It’s not something that our legal system really imagined, but it could very well help prosecutors prove their case against Apple.

Anneliese Mahoney
Anneliese Mahoney is Managing Editor at Law Street and a Connecticut transplant to Washington D.C. She has a Bachelor’s degree in International Affairs from the George Washington University, and a passion for law, politics, and social issues. Contact Anneliese at amahoney@LawStreetMedia.com.
Share:
Related ItemsAntitrustAppleClass ActionClass Action SuitiPodiTunesSteve JobsTestimony