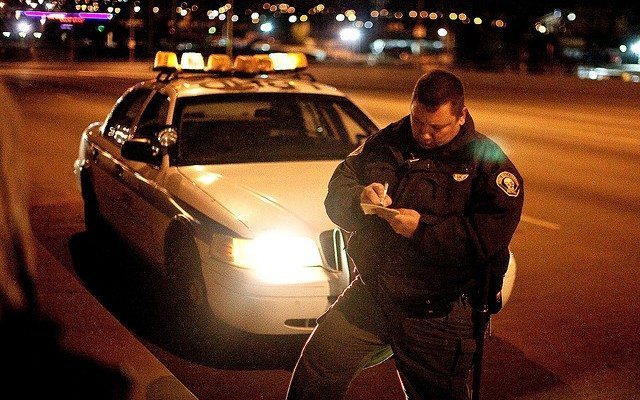 Special Conservators of the Peace: Private Police Forces of One

If he looks like a cop, talks like cop, and acts like a cop, he’s probably a cop right? Well, sort of. A growing trend shows civilians are forming private police forces of one to patrol our streets. Armed with a gun and a badge, they can write citations and make arrests. The kicker? The whole thing is completely legal.

According to the Washington Post, Virginia state records indicate the number of private police or “special conservators of the peace” (SCOPs) has doubled in Virginia over the last 10 years to number about 750, and consistent growth can been seen all over the nation.

But how is it that these “SCOPs” have any authority?

Well, a provision of state law allows private citizens to petition the court to become SCOPs. An individual petitions the court to be commissioned with the help of a sponsorship from an employer. After undergoing background checks, alcohol and drug tests, and completing required training hours, a circuit court judge will rule on the petition and designate their jurisdiction(s). If approved, a civilian can become a one man police force instantly. The majority of these private police officers are hired to patrol corporate campuses, work for neighborhood associations, or perform code enforcement for counties or cities.

The Virginia legislature just passed a bill that increased SCOPs’ required training hours from 40 to 130, but that is still drastically lower than the amount required of municipal officers–usually ranging from 580 to 1,200 hours. While SCOPs include some former cops, they also include some police academy rejects, which is cause for concern. The increase in training hours can be seen as a push from Virginia lawmakers to improve the legitimacy of these officers amidst complaints that they’re significantly under-trained and unregulated. According to the Post, Virginia isn’t the only state to have its issues with these private police:

In 2012, more than 20 residents of the Cherry Hill neighborhood of Baltimore filed a $25 million lawsuit against a Cleveland security company, claiming its guards had abused residents and violated their civil rights by stopping them illegally and making false arrests. Two of the three guards named in the suit were ‘special police,’ a designation similar to SCOPs in Virginia.

The exact duties, responsibilities and geographic limitations of these SCOPs vary depending on what was deemed appropriate by the court for the individual. Without a clear understanding of the duties that these pseudo cops are certified to perform, it can be hard for civilians to understand their rights when dealing with them.

That new Virginia bill sponsored by Senator Thomas Norment Jr is looking to up those requirements for the SCOPs, and it will probably be signed by Governor Terry McAuliffe. But Norment thinks more needs to be done, like making sure that SCOPs can’t call themselves cops. Taking away that title may end up taking away some of these officers legitimacy, but making the distinction that they’re “kinda cops” rather than real officers may be necessary.

Alexis Evans
Alexis Evans is an Assistant Editor at Law Street and a Buckeye State native. She has a Bachelor’s Degree in Journalism and a minor in Business from Ohio University. Contact Alexis at aevans@LawStreetMedia.com.
Share:
Related ItemsBaltimoreMarylandPolicePrivate PoliceSCOPSpecial Conservators of the PeaceVirginia