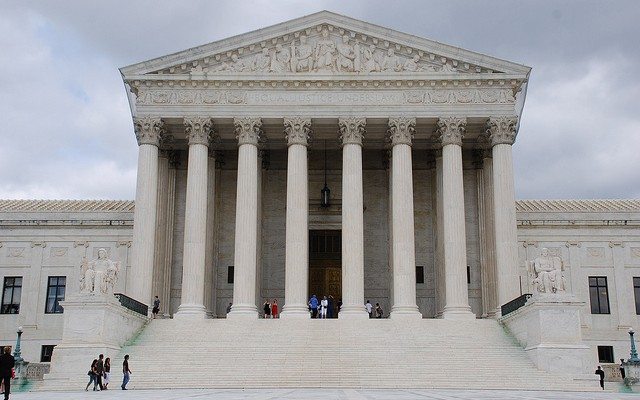 Schuette v. Coalition to Defend Affirmative Action To Spar With A Conservative Court

This week, the Supreme Court is dealing with the second case to challenge affirmative action in two years—Schuette v. Coalition to Defend Affirmative Action. Last session, Fisher v. University of Texas made headlines when the Supreme Court did not decide on the merits of the case, but rather determined that the Fifth Circuit Court of Appeals had not applied the standard of strict scrutiny that the precedents of Grutter v. Bollinger and Regents of the Univ of Cal. v. Bakke required. The Supreme Court remanded the case back to the Fifth Circuit, and in doing so, chose not to take up the constitutionality of using race as a factor in admissions. Affirmative action remained constitutional.

This new case, Schuette v. Coalition to Defend Affirmative Action also deals with affirmative action, but from a completely different angle. In 2006, Michigan voters passed a ballot initiative that banned state-funded schools from using affirmative action policies. They argued that affirmative action policies are discriminatory because they treat people of different races differently, and that striking down such a policy removed that potential for discrimination. They are not the only state to make this choice—Washington, Nebraska, Arizona, New Hampshire, California, and Florida also ban racial preferences in admissions. The US Court of Appeals for the 6th Circuit struck down this ballot initiative, basing their precedents on other cases in which changes to a political process were deemed discriminatory.

There are a few obvious questions that arise from this case. First, what effect has this ban on affirmative action yielded? Does the Supreme-Court-approved constitutionality of affirmative action make it an option or a requirement for states? And finally, what will the justices decide?

Let’s start with the easiest of those three questions: what effect can we see in Michigan from the affirmative action ban? The answer: African-American and Latino enrollment at the University of Michigan has dropped since the 2006 ban. But something significantly more interesting is occurring in some of the other states that have banned affirmative action. Richard D. Kahlenberg found that many of these states adopted race-neutral policies, such as banning legacies, admitting students at the top of their high school class all across a given state, and programs for better financial aid. These states with race neutral strategies had the same levels, or higher, of minority enrollment as they did before banning affirmative action. Proponents of these policies argue that we need to focus on differences in socioeconomic class disparity, not just race. They cite the fact that poor white students only score marginally better on SATs than poor minority students as proof.

Next, does the Supreme-Court-approved constitutionality of affirmative action make it an option or a requirement? There’s no easy answer to this question, because any argument becomes somewhat cyclical. In the 2003 case Grutter v. Bollinger, also focused on Michigan, the Supreme Court stated that certain affirmative action policies that aimed to promote class diversity and evaluated numerous factors for every candidate were not unconstitutional as they did not take the form of a quota system outlawed by Regents of the Univ. of Cal. Vs. Bakke. However that does not mean that states must allow affirmative action, just that they may.

Affirmative action is a good thing. It allows greater opportunities, greater diversity, and helps thousands of students each year get into great schools where they are able to thrive. And we do know it is constitutional—the Supreme Court has affirmed as much. But will the Supreme Court strike down Michigan’s ban? Probably not. Despite recent liberal wins, this is still a conservative Court. The plaintiff, Attorney General of Michigan Bill Schuette is arguing that Michigan is being nondiscriminatory by banning policies that do not treat all races the same. The defense, the Coalition to Defend Affirmative Action is proposing that affirmative action is a mechanism in which to further equal protection and equal treatment. For this court, particularly for constant swing justice Anthony Kennedy, that argument probably won’t hold up.

There’s more work to be done in ensuring that every child, regardless of race, gender, sexuality, socioeconomic class, or any other criteria that has been marginalized in our society can receive the higher education that they deserve. Whether it is accomplished through affirmative action, race-neutral policies, or something else entirely, that is a laudable goal that will take time and effort, but will ultimately benefit us all.

Anneliese Mahoney
Anneliese Mahoney is Managing Editor at Law Street and a Connecticut transplant to Washington D.C. She has a Bachelor’s degree in International Affairs from the George Washington University, and a passion for law, politics, and social issues. Contact Anneliese at amahoney@LawStreetMedia.com.
Share:
Related ItemsAffirmative ActionCollegeEducationFisher v. University of TexasGrutter v. BollingerHigher EducationMichiganRegents of Univ of Cal v. BakkeSchuette v. Coalition to Defend Affirmative ActionSupreme CourtUniversity of Michigan