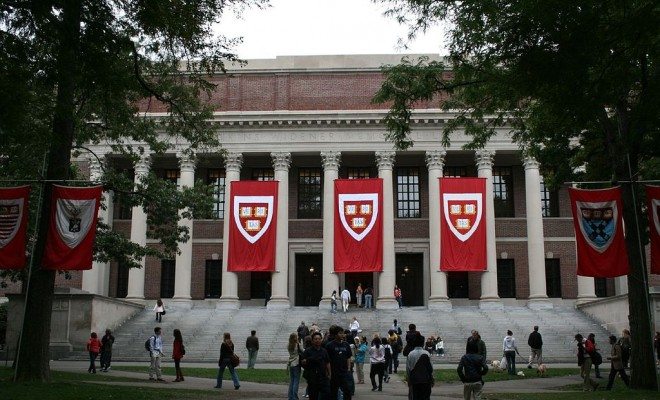 The Irony of the Justice Department’s Affirmative Action Probe

On Tuesday, the Department of Justice released an internal memo that instructed the department to look into whether universities are discriminating against white candidates.

While the memo does not specifically mention white students, it pointed to programs that lead to “intentional race-based discrimination,” a clear reference to the policy of affirmative action, which President John F. Kennedy introduced in the 1960s to promote equality in education.

The move is popular among Trump’s conservative base. Roger Clegg, president of the conservative Center for Equal Opportunity, hailed the project as something that has been long overdue:

The civil rights laws were deliberately written to protect everyone from discrimination, and it is frequently the case that not only are whites discriminated against now, but frequently Asian-Americans are as well.

In a way Trump and his team are right: there is a serious discriminatory problem in college admissions. However, the problem has less to do with race and more to do with socioeconomic status. Children whose parents rank toward the top of the income bracket are overly represented at top colleges in the U.S., compared to students whose parents come from the bottom tier.

Why is this the case when some of the best schools in the country provide full tuition to students who are in the lowest socioeconomic class? The answer is simple: legacy, connections, and resources. Some students are given priority admission to top schools because of family ties, while largely ignoring the merit of their applications.

Take for instance the story of Jared Kushner, President Donald Trump’s senior adviser and son-in-law. Kushner attended Frisch’s, a well known New Jersey prep school. One college prep counselor said that Jared was “certainly not anywhere near the top of his class.”

However, Daniel Golden, author of “The Price of Admission,” claims Kushner’s father donated $2.5 million right around the time his son applied to Harvard. Unsurprisingly, Kushner was accepted. But according to Golden, Kushner would not have been accepted on his own merits

If the Justice Department truly wants to fight against discrimination, it should focus on preventing those with the financial means from buying their way into a top school.

This is where race plays a factor, as minority groups tend to be the ones who are historically financially disadvantaged in the U.S. The median household income for whites is approximately $30,000 dollars more than black and Hispanic families, according to a 2016 Pew Research Center study.

Universities should accept more students whose household income is in the bottom percentile, and prevent those who are in the from the top percentile from using their financial resources to usurp those who do not have the same financial means.

James Levinson
James Levinson is an Editorial intern at Law Street Media and a native of the greater New York City Region. He is currently a rising junior at George Washington University where he is pursuing a B.A in Political Communications and Economics. Contact James at staff@LawStreetMedia.com
Share:
Related ItemsAffirmative ActionDisadvantaged StudentsEconomic StatusIncomeJustice DepartmentWealth Gap