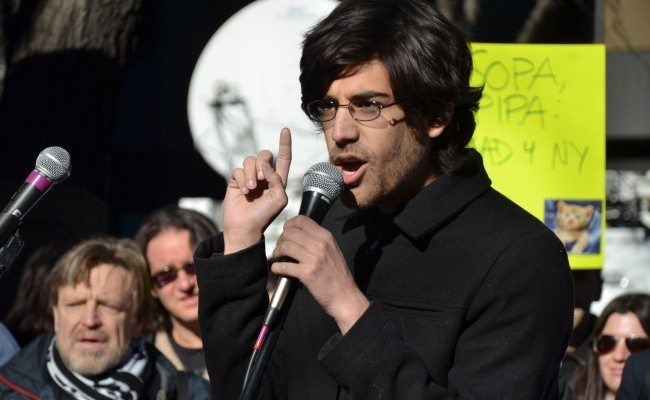 Remembering Aaron Swartz and His Battle With PACER

In September 2008, Aaron Swartz commissioned a friend to walk into a federal law library in Sacramento with a thumb drive. The building was one of 17 in the country with unlimited access to the Public Access to Court Electronic Records (PACER) database, a service that normally chargers users a fee for each page of downloaded federal court records. With the intention of delivering free public records to the public, the friend installed a Perl script written in part by Schwartz on one of the computers and walked out.

Over the course of two weeks, the script pilfered a document from the system every 3 seconds and uploaded it to an Amazon cloud server.  Swartz then donated the documents to Carl Malamud’s non-profit website, public.resource.org, which aimed to liberate all public records from internet paywalls. By the time court administrators saw a $1.5 million spike in access fees on Sept. 29th, Schwartz had already made off with 2.7 million documents. (Source: Timothy Lee, Ars Tecnica)

Exactly one year ago, Aaron Swartz took his life in his Brooklyn apartment. Since then much has been said whether the notoriously harried FBI suspect was indeed a martyr for the cause of internet freedom, or another bright young man plagued by a dark cloud. But what’s not up for debate was his real-world impact on the culture of the internet: his programming contributions to the hugely popular website, Reddit (which, in the interest of full disclosure, I admit to frequenting,) and his showdowns as an activist against JSTOR, which opened up their taxpayer-funded research to the public as a result of his hounding. Swartz was posthumously awarded the Electronic Frontier Foundation’s Pioneer Award and will be honored in an anti-surveillance protest come February called The Day We Fight Back.

However, while Swartz will be lauded for his vigorous protesting of SOPA, and PIPA—censorship legislation proposed by members of congress— his work in the interest of freeing up court records will , as it has in the past, go largely unnoticed. So it is here that I draw attention to RECAP, a Chrome and Firefox extension that has been likened to the Napster of PACER, whereby purchased federal court documents can be uploaded and shared with anyone who chooses to view them. This would not have been possible without Swartz. Or to take another example, the aforementioned public.resource.org that has an enormous collection of free public court records thanks to the 2008 document heist. Notwithstanding these advents, costs of electronic records in the public domain are still shrouded behind unnecessary costs.

Taken from a page of public.resource.org titled “The PACER Problem” is a quote from Swartz’s contemporary Carl Malamud:

Jimmy Hoover
Jimmy Hoover is a graduate of the University of Maryland College Park and formerly an intern at Law Street Media. Contact Jimmy at staff@LawStreetMedia.com.
Share:
Related ItemsAaron SwartzFBIPacerPIPARedditSOPA