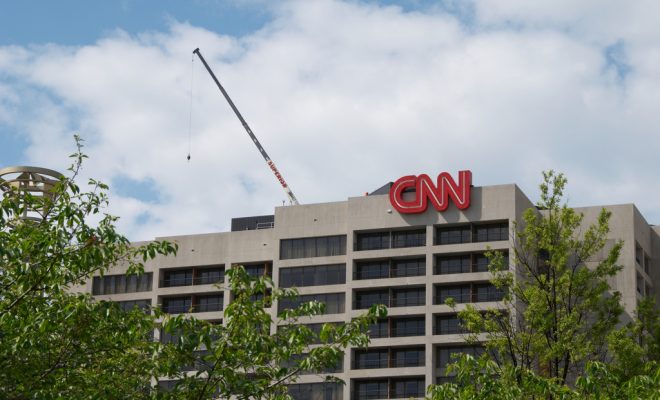 The Reddit user who edited and spread the now-famous video clip of President Donald Trump wrestling a person with a CNN logo for a head has issued an apology. The user goes by the name “HanA**holeSolo,” and wrote a lengthy post apologizing to the whole Reddit community.

“I am in no way this kind of person. I love and accept people of all walks of life and have done so my entire life,” he wrote.

He went on to say that he does not support any kind of violence and that he posted hateful, controversial posts to get attention from other users. This then became a form of addiction, as he wanted to see how far he could go.

“Free speech is a right we all have, but it shouldn’t be used in the manner that it was in the posts that were put on this site,” he said.

Redditor HanAssholeSolo, the guy who posted the Trump/CNN clip the president tweeted, has apologized to @CNN, the media, and others pic.twitter.com/GlePoiSlFj

The user has since deleted his account, so the statement is no longer available. But a lot of people are questioning whether the apology is sincere, or if it’s just another step in the “trolling.” Some pointed out that the apology didn’t come until after CNN had tracked down and identified the user.

On the other hand, a lot of people criticized CNN and accused the media network of blackmail after it published an article about how its journalists tracked down the Reddit user. In the article, CNN’s Andrew Kaczynski wrote that HanA**holeSolo was identified through a Facebook search using information he had written himself on Reddit.

When Kaczynski tried contacting him, he got no reply. But on Tuesday, HanA**holeSolo posted his apology. After that, HanA**holeSolo contacted CNN to confirm his identity and expressed that he was nervous about being exposed. CNN wrote:

CNN is not publishing ‘HanA**holeSolo’s’ name because he is a private citizen who has issued an extensive statement of apology, showed his remorse by saying he has taken down all his offending posts, and because he said he is not going to repeat this ugly behavior on social media again.

It followed up with, “CNN reserves the right to publish his identity should any of that change.” A lot of people on the right took that as a threat and started using the hashtag #CNNBlackmail.

If only @CNN spent as much time tracking down info on IRS targeting, Fast & Furious, Iran deal etc as they did a meme writer! #CNNBlackmail

However, Kaczynski said in a tweet that HanA**holeSolo had called him to say that he completely agrees with the article’s statement, and that he did not perceive anything it said as a threat.

The user has previously posted things on the pro-Trump subreddit The_Donald that makes it hard for some to believe that the apology is sincere. In June, he posted a chart of CNN employees with Jewish Stars of David next to their images, writing, “Something strange about CNN…can’t quite put my finger on it.”

On Sunday, he wrote “F**k ISLAM,” and commented on a photo of refugees, “There’s a MOAB (Mother of All Bomb’s) for that.” Reportedly, he also frequently used slurs to describe African-Americans, women, and Muslims. He has also attacked Black Lives Matter, feminism, Islam, liberals, and the state of Maryland.

Emma Von Zeipel
Emma Von Zeipel is a staff writer at Law Street Media. She is originally from one of the islands of Stockholm, Sweden. After working for Democratic Voice of Burma in Thailand, she ended up in New York City. She has a BA in journalism from Stockholm University and is passionate about human rights, good books, horses, and European chocolate. Contact Emma at EVonZeipel@LawStreetMedia.com.
Share:
Related ItemsBlackmailCNNFreedom of SpeechPresident TrumpRacismRedditViolenceWrestling