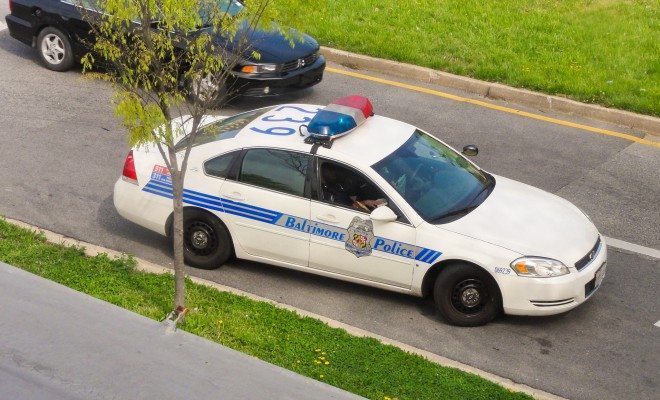 Freddie Gray was a Baltimore man who died after injuries he received while in the custody of the Baltimore police department. Multiple protests, some violent, have occurred against Gray’s treatment that Gray received in police custody on April 19. Although exact numbers appear unknown, reports cite that 34 people have been arrested as a result of the protests.

Arrests last night in Baltimore during a protest of the death of #FreddieGrayhttp://t.co/j5mU7B7Jfjpic.twitter.com/5JcRDP2vtg

Gray was arrested after he saw a police officer and then started running. Regardless of that not being a reason to arrest someone,  police caught up to him. At this point it was discovered that Gray had a knife on him, and was brought into police custody. He sustained a spinal cord injury at some point during this incident, and desperately needed medical attention. It’s not clear how he got the injury–although hopefully that will eventually become clear as a few different investigations delve into the events. The bigger issue here, however, is that once officers caught up to Gray and arrested him, they should have sought medical help for him. Their failure to do so appears to have directly led to Gray’s death. The Baltimore police have even admitted that they should have gotten medical help for Gray. According to CNN:

Police Commissioner Anthony Batts told reporters there are no excuses for the fact that Gray was not buckled in as he was transported to a police station.

It’s in light of this news that protesters have taken to the streets in Baltimore. Some are calling for the arrest of the six officers involved in Gray’s case–they have already been suspended without pay. Last night an estimated 1,200 people gathered in protest at City Hall in Baltimore. This caused some problems for the city–thousands of fans were trapped inside the Baltimore Orioles’ Stadium last night after the game. Unfortunately, as protests continued, things did grow violent. Looters damaged a local convenience store, and at one point a protester “tossed a flaming metal garbage can toward police officers in riot gear trying to push back the crowd.”

After the deaths of Michael Brown, Eric Garner, and Tamir Rice in 2014, and the recent death of Walter Scott, the United States is still dealing with discontent over police violence and the treatment of black men by police officers. While Baltimore PD admitting that it should have sought treatment for Gray sooner certainly can be viewed as a step in the right direction when it comes to accountability, what exactly happened to Gray still needs to be determined. Until then, there will almost certainly still be protests and critics.

Anneliese Mahoney
Anneliese Mahoney is Managing Editor at Law Street and a Connecticut transplant to Washington D.C. She has a Bachelor’s degree in International Affairs from the George Washington University, and a passion for law, politics, and social issues. Contact Anneliese at amahoney@LawStreetMedia.com.
Share:
Related ItemsBaltimoreFreddie GrayJusticeMarylandPolicePolice BrutalityPolice MilitarizationRace