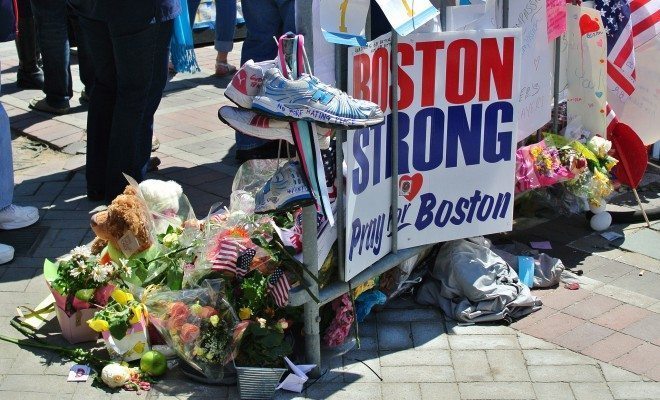 This Process May Stop the Government From Executing Dzhokhar Tsarnaev

The jury tasked with determining the fate of Boston Bomber Dzhokhar Tsarnaev decided on the death penalty last Friday, May 15, 2015. The jury found Tsarnaev guilty earlier this spring. Last week, the jurors determined that for six of the 17 counts for which he was found guilty, the death penalty should apply. That being said, how long it will take for the death penalty to actually be enacted remains unknown. Given the lengthy appeals process that is sure to follow, it may be many years.

Tsarnaev, along with his older brother Tamerlan Tsarnaev, was responsible for making the bombs that went off at the finish line of the Boston Marathon in 2013. The bombs killed three people and injured hundreds more, and sparked a lockdown while the two perpetrators were found. While during the manhunt that followed other significant crimes were committed, including the death of a Massachusetts Institute of Technology police officer, those six counts all related to the planting of the pressure-cooker bombs.

One of the most compelling grounds for appeal would appear to be the location of the trial–it was in Boston, where the atrocious events happened in the first place. The trial moved forward in this location despite the fact that the defense attempted to have the trial moved before it even began. The defense, led by notoriously anti-death penalty attorney Judy Clarke, argued that the case should not have been tried in Boston because it would be too difficult to find an unbiased jury there–after all, the events of the bombing were seriously disruptive and traumatizing to a city where the marathon is tantamount to a holiday. But the judge in the case, U.S. District Judge George A. O’Toole Jr., denied the move. That decision will most likely be one of the ones that Tsarnaev’s defense attorneys asks a higher court to examine.  Another likely avenue for appeal indicated by Tsarnaev’s defense team will be that they did not have sufficient time to present an argument against the death penalty.

Besides just the particularities of Tsarnaev’s case, such as the location and the timeline, there could be other grounds for appeal, including arguments over the constitutionality of the death penalty.

Any appeal arguments will be reviewed by the U.S. Court of Appeals for the First Circuit, also located in Boston. Depending on that decision, the case could end up being appealed all the way to the U.S. Supreme Court.

Given that the appeals process is such a long road, Tsarnaev most likely won’t receive the sentence he’s been given–to die by lethal injection–for many years. As the Guardian summed it up:

Though the Justice Department could attempt to fast-track executions in the name of public interest, death penalty experts expect the very quickest timeframe from Friday’s sentence to Tsarnaev actually being put on a gurney and injected with lethal chemicals would be at least ten years.

So, while Friday’s decision may have seemed to have an air of finality, it’s far from over. Tsarnaev’s legal battle will probably be in the works for years to come, whether he’ll ever actually be put to death is certainly questionable.

Anneliese Mahoney
Anneliese Mahoney is Managing Editor at Law Street and a Connecticut transplant to Washington D.C. She has a Bachelor’s degree in International Affairs from the George Washington University, and a passion for law, politics, and social issues. Contact Anneliese at amahoney@LawStreetMedia.com.
Share:
Related ItemsBombBostonBoston BombingBoston MarathonDeath PenaltyDzokhar TsarnaevJuryLethal InjectionMarathonSentenceTrial