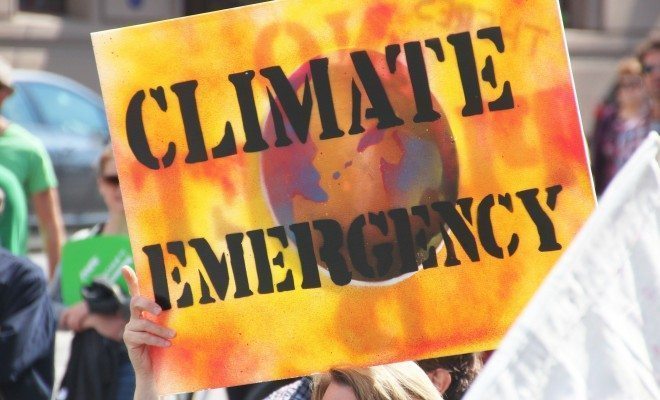 Monday, President Obama announced what he has noted as the “biggest, most important step we’ve ever taken” in the fight against climate change. He introduced America’s Clean Power Plan, aimed toward a reduction in greenhouse gas emissions from the nation’s coal-burning power plants.

Today after working with states and cities and power companies, the EPA is setting the first ever nationwide standards to end the limitless dumping of carbon pollution from power plants…Washington is starting to catch up with the vision of the rest of the country.

Essentially, America’s Clean Power Plan is a set of environmental rules and regulations that will focus on pollution from the nation’s power plants, setting limits on power-plant carbon emissions for the first time. The goal of the revised Clean Power Plan is to cut greenhouse gas emissions from U.S. power stations by nearly a third within 15 years. The measures will place significant emphasis on wind and solar power with other renewable energy sources, transforming America’s electricity industry. Obama said on Monday: “we’re the first generation to feel the impact of climate change and the last generation that can do something about it.”

The most aggressive of the regulations require existing power plants to cut emissions 32 percent from 2005 levels by 2030, an increase from the 30 percent target proposed in the draft regulation. The new rule also demands that power plants use more renewable sources of energy like wind and solar power. Under the plan, the administration will require states to meet specific carbon emission reduction standards, based on their individual energy consumption. The plan also includes an incentive program for states to get a head start on meeting standards with early deployment of renewable energy and low-income energy efficiency. Obama said in the video:

Power plants are the single biggest source of harmful carbon pollution that contributes to climate change. Until now, there have been no federal limits to the amount of carbon pollution plants dump in the air.

President Obama also claims that the plans will lead to lower energy bills in the future for Americans, create jobs in the renewable energy sector, and ensure more reliable energy services.  Power plants account for roughly 40 percent of U.S. emissions of carbon dioxide–the most common greenhouse gas that contributes to climate change. Regardless of these benefits, there are still many critics that are opposed to this new plan.

Many Republican opponents dispute the existence of global warming, questioning whether or not humans are to blame for the issue. Critics also claim that the plan will bring an unwelcome increase in electricity prices. Opponents in the energy industry believe that president Obama has declared a “war on coal.” Power plants powered by coal provide more than one third of the U.S. electricity supply. Many states plan to fight the new regulations, with Senate Majority Leader Mitch McConnell urging states not to comply with the plan in a letter to all fifty governors. Vice President of  Communications for the National Mining Association Luke Popovich stated:

This plan is all pain and no gain. That’s why state leaders across the country are coming to the same conclusion — that we should not sacrifice our power system to an unworkable plan built on a faulty interpretation of the law.

However those that are arguing against the new plan appear to be overlooking the benefits it can bring. According to the World Health Organization, research in Italy suggests that 4.7 percent total of mortality, or 3,500 deaths annually in a population of 11 million, are caused through cancer and respiratory and cardiovascular diseases attributed to air pollution. Many argue that reducing green house gas emissions doesn’t hurt the economy, but can in fact benefit the economy by saving businesses and consumers money, as well as improving public health.

It is unclear how this new plan will develop during President Obama’s remaining time in office, as well as the presence it may or may not have as campaigns begin to really take off. But, it’s certainly a big move in the right direction.

Angel Idowu
Angel Idowu is a member of the Beloit College Class of 2016 and was a Law Street Media Fellow for the Summer of 2015. Contact Angel at staff@LawStreetMedia.com.
Share:
Related ItemsAmerica's Clean Power PlanBarack ObamaClimateClimate ChangeEnvironmentPresident ObamaWorld Health Organization