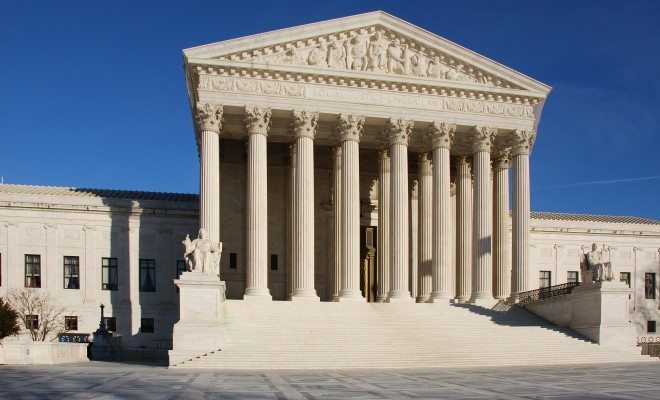 Jury duty is dreaded by many who feel as if they would prefer to be anywhere else besides performing their civic duty within the court. While many of us take this right for granted thinking of it more as a chore than an opportunity, we should stop to consider the alternative. How would you feel if you were denied the opportunity to participate in national governing, a right that is meant to be granted to all American citizens? Over the course of our nation’s history, several groups of citizens have been discriminated against with regard to jury service. In many cases, the Supreme Court has moved to fix these inequalities within our governmental system. For example, the 1896 Batson v. Kentucky case eliminated racial discrimination in jury selection and ratification of the 19th amendment eliminated discrimination of gender, giving opportunities to women to sit on a jury. In some ways, the courts have improved in their previously discriminatory practices. However, the discrimination of juror candidates based on sexual orientation has not been addressed until recently.

On Tuesday, January 22, 2014, the 9th Circuit United States Court of Appeals, based in San Francisco, became the first appellate court to specifically rule that a potential juror cannot be removed during jury selection because of sexual orientation. This decision will extend the 1896 ruling of Batson v. Kentucky, mentioned above, not only in prohibiting the discrimination of jurors based on race, but sexual orientation as well. The three-judge panel was unanimous in their decision, saying that not choosing a juror because he or she is gay is a form of unlawful discrimination.

The basis for this new decision stems from the 9th Circuit case, Smithkline Beecham Corporation v. Abbott Laboratories, an antitrust trial over the price of a popular HIV drug. This case arose from a lawsuit filed in 2007, when Abbott increased the price of the drug Norvir, used by Smithkline in their creation of AIDS drugs. During the screening of potential jurors for the case, an Abbott lawyer utilized one of his preemptory challenges to remove a possible juror who had referred to his male partner multiple times during voir dire. Pointing fingers throughout the case, Smithkline accused Abbott of removing the possible juror due to the negative publicity that accompanied the increased pricing of the AIDS drug throughout the gay community. Abbott denied this accusation, stating the reason for the removal of the juror was due to the death of his friend from AIDS.

When questioned directly, the lawyer said that he was unaware that the juror, referred to as Juror B, was gay. However, Judge Stephen Reinhardt of the 9th Circuit panel said that this claim by the Abbott lawyer was “inconsistent with the record.” The lawyer asked Juror B five questions in total throughout the prescreening process. Judge Reinhardt felt that when questioning Juror B, the lawyer “failed to question him meaningfully about his impartiality or potential biases.” Instead, the Abbott lawyer simply assumed that this potential juror would impartially evaluate the case due to his sexual orientation. In reality it was not correctly discerned whether the Juror would have actually been biased or not. Judge Reinhardt was deeply upset by the presumed discrimination of a juror based on sexual orientation, saying, “gays and lesbians have been systematically excluded from the most important institutions of self governance.”

Eventually, the jurors who were seated at the Smithkline Beecham Corporation v. Abbott Laboratories case ruled in favor of Abbott. However, due to the removal of one potential juror because of his sexual orientation, the 2011 verdict was overturned and the 9th Circuit ordered a new trial, showing that this one simple removal of a juror contains many civic ramifications. Homosexuals will now have more protection within the courts, and hopefully this sphere of equality will decrease discrimination within the legal system and professional world as well.