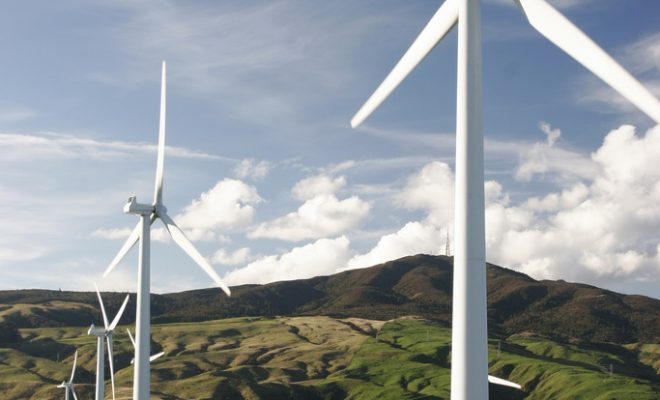 Portugal Powered for Four Days by Clean Energy. Could America Do the Same?

During a recent stretch of 107 consecutive hours, Portugal ran on clean energy. No coal. No crude oil. No natural gas. Instead, over a period of four days, sunlight, wind, and hydropower helped Portugal set the latest milestone by a European country in using renewable energy sources.

“This is a significant achievement for a European country, but what seems extraordinary today will be commonplace in Europe in just a few years,” James Watson, CEO of SolarPower Europe, told the Guardian.

Portugal’s achievement is the latest in a string of clean energy milestones recently reached by European countries. Earlier this week, wind and solar led the way in powering Germany for an entire day, at one point even leading to negative power prices because of an energy surplus. Last week, the UK saw four separate instances of energy generated without coal. The last time that happened was 1882.

The leading renewable energy source for European countries is wind, and as new targets are met domestically in places like Denmark and Spain–two of Europe’s leading clean energy producers–their governments will export surpluses to the rest of the continent.

In Portugal, 48 percent of the energy generated in 2015 came from renewable sources. Approximately 22 percent of that came from wind. European countries, including Portugal, are doubling down on wind power to help meet clean energy goals set at the Paris climate conference last year. When it comes to wind, Germany leads the way.

Based on headlines alone, it can seem like Europe is the global leader in clean energy production. But that’s not entirely the case.

“In terms of overall [renewable] generation, the U.S. leads the pack,” said Daniel Simmons, the Institute for Energy Research Vice President for Policy, during an interview with Law Street. “But one of the things that’s hard for Americans to wrap our heads around is the size of Europe or one European country versus the U.S. There’s just a big difference.”

Portugal, for instance, has around 11 million people living on a 35.6 thousand square mile parcel of land with a long coast on the Atlantic, which, as coastal regions experience more frequent and more intense gales, is advantageous for wind generation. In contrast, the United States has nearly 330 million people living on 3.8 million square miles of land, most of which is land locked.

Simmons said a challenge that separates the United States from Europe is the proximity of the country’s high-density population pockets–cities on the coast–to the regions of the country where the bulk of wind energy is produced–the landlocked center.

“People don’t live near the best wind resources,” he said.

In a place like Denmark–Europe’s clean energy crown jewel–people live closer to where wind energy is generated. Dispersal is easier and more efficient. In Portugal and Germany, clean energy can power the entire nation for a day or more because of their relatively small size and the proximity of their population centers to wind–and hydro–generating regions.

Regardless of the geographic reality or political will to aim for a long stretch of clean energy production in the United States, Europe has shown that a future free of fossil fuels is indeed possible, one renewable powered day at a time.

Read More: The Mystery of Wind Energy in Texas

Alec Siegel
Alec Siegel is a staff writer at Law Street Media. When he’s not working at Law Street he’s either cooking a mediocre tofu dish or enjoying a run in the woods. His passions include: gooey chocolate chips, black coffee, mountains, the Animal Kingdom in general, and John Lennon. Baklava is his achilles heel. Contact Alec at ASiegel@LawStreetMedia.com.
Share:
Related ItemsEnergy PolicyEuropeGermanyPortugalRenewable EnergyWind Energy