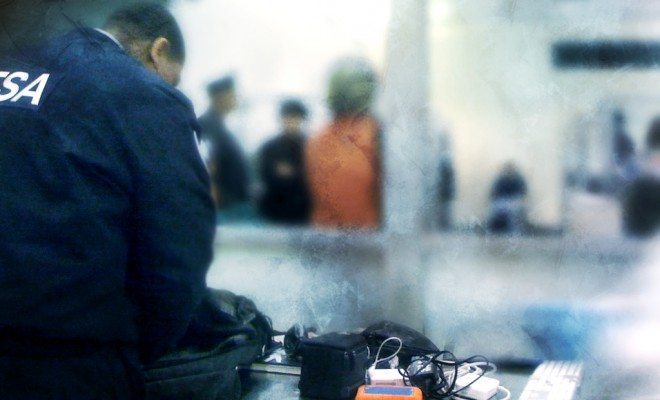 Philly Man Sues TSA After Being Detained for 20 Hours

Airline security is a huge pain for most of us. From having to walk shoe-less across the airport floor, to anxiously checking whether or not that small lotion bottle is under three ounces, it’s an annoying but understandable reality of a post-9/11 world. But for Roger Vanderklok, an architect and runner, it turned into more than just an annoying step to get from point A to point B. He was arrested and detained for 20 hours in the Philadelphia International Airport in 2013 and is now suing the Transportation Security Administration (TSA), as well as the Philadelphia Police Department, and Department of Homeland Security, alleging that his civil liberties were violated.

Vanderklok, a Philadelphia resident, was attempting to fly to Miami to participate in a half marathon on January 26, 2013. In his luggage he had a watch and energy bars, and they were in a PVC pipe to make sure they were protected during his travel. Technically, electronics, organic materials, and a PVC pipe could be used to make a pipe bomb, but not necessarily watches or PowerBars.

After the PVC pipe and its contents showed up on the bag scanners, his bag was searched and he was questioned about the contents. According to his suit, he was asked if his bag contained any organic matter. Given that PowerBars aren’t organic matter in the traditional sense, like fruit or vegetables, he said no. The agents however thought he was lying, because they defined organic matter as any kind of food.

What exactly happened next is unclear. Vanderklok claims that he was arrested after he questioned what was happening to him, and asked to file some sort of complaint. He was then taken to a cell where he wasn’t given the opportunity to call anyone or be questioned. He was then released after being charged with “threatening the placement of a bomb” and making “terrorist threats.” His wife, who understandably panicked and called 911 after not hearing from him, had to bail him out. Those charges were later dismissed by a judge after hearing more information.

The TSA supervisor in question, Charles Kieser, disagrees with Vanderklok’s story. He testified at the hearing that Vanderklok threatened him. According to WPXI News:

Kieser testified an agitated Vanderklok raised his hands and repeatedly pointed a finger at his face.

‘The passenger made a bomb threat to me,’ Kieser testified, according to a transcript. “‘He said) I’ll bring a bomb through here any day that I want … and you’ll never find it.’

However, the video surveillance from the scene seems to contradict Kieser’s story, if only because Vanderklok’s body movements never show him raising his hands or pointing a finger.

Based on the way he was treated, and the fact that he believes Kieser lied, Vanderklok filed the lawsuit.

There have been plenty of stories of TSA taking really strange actions in recent years. In 2009, college student Nicholas George was detained, also in the Philly airport, after it was discovered he was carrying Arabic flashcards. They contained words like “terrorist” and “bomb” on them, but George explained he was studying Middle Eastern studies at Pomona College in California. He was detained for five hours.

On a less serious and more commonplace note, I’ve seen many silly stories about babies being put on no-fly lists, or people with licenses from Washington, D.C. being turned away from their flights because D.C. isn’t technically a state. The agents involved are, at face value, following policies. But the ways in which the polices are being enacted transcend common sense.

The dissemination of those policies at the ground level sometimes leads to noticeable problems. If Vanderklok is truthful about what happened to him, the actions taken by those particular agents were unacceptable. The policies that are supposed to guarantee our freedom shouldn’t have to infringe on said freedom to do so.

Anneliese Mahoney
Anneliese Mahoney is Managing Editor at Law Street and a Connecticut transplant to Washington D.C. She has a Bachelor’s degree in International Affairs from the George Washington University, and a passion for law, politics, and social issues. Contact Anneliese at amahoney@LawStreetMedia.com.
Share:
Related ItemsAirline TravelLawsuitPennsylvaniaPhiladelphiasecurityTerrorismTSA