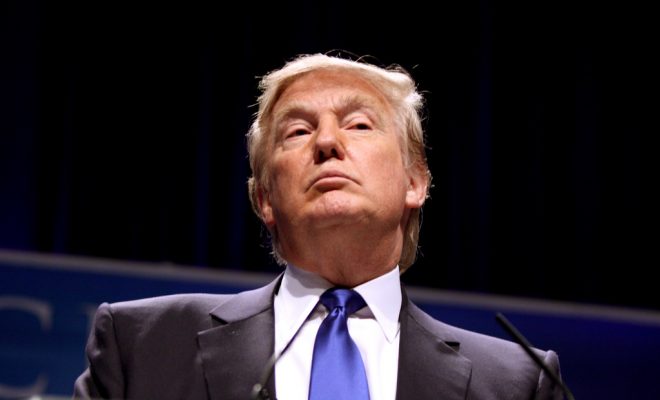 The Three Countries Not Invested in Paris Climate Deal: Syria, Nicaragua…and the U.S.

The U.S. just became the third country, joining Syria and Nicaragua, that cannot be counted as part of the Paris Climate Accords. The 195-nation agreement set goals for reducing greenhouse gas pollution for developed and developing nations alike. President Donald Trump, in a speech at the White House Rose Garden, made the announcement, saying:

In order to fulfill my solemn duty to protect America and its citizens, the United States will withdraw from the Paris climate accord but begin negotiations to reenter either the Paris accord or an entirely new transaction on terms that are fair to the United States, its businesses, its workers, its people, its taxpayers.

Trump said he will try to negotiate a deal that is “fair,” adding: “If we can, that’s great. If we can’t, that’s fine.” According to the Associated Press, however, a number of European nations will not be open to the U.S. renegotiating the deal:

The White House deliberations leading up to Thursday’s announcement were reportedly split between two factions: those who wanted to remain part of the deal and those who wanted to withdraw from it. Ivanka Trump and Secretary of State Rex Tillerson apparently pushed hard for the president to remain, while EPA Chief Scott Pruitt and Trump’s chief strategist Steve Bannon lobbied him to exit the pact.

But many of the leaders in the industries Trump said are harmed by the deal–like ExxonMobil, Royal Dutch Shell, and BP–supported the climate agreement, and lobbied Trump to stay in. Environmental groups, Democrats, and dozens of congressional Republicans backed the deal as well. In the end, however, Bannon, Pruitt, and others, won the president over. Soon after Trump’s announcement, Jim Immelt, the CEO of General Electric tweeted:

Disappointed with today’s decision on the Paris Agreement. Climate change is real. Industry must now lead and not depend on government.

The Paris deal, a non-binding agreement signed in December 2015, was an international framework to set the world on the path toward cutting greenhouse gas emissions. The goal was to keep the average global temperature from rising more than two degrees celsius above pre-industrial temperatures. The private sector, as well as some states and cities, have already taken steps to reduce emissions and invest in clean energy. Despite Trump’s decision, the U.S. will technically remain part of the pact until November 4, 2020, a day after the next presidential election.

Former President Barack Obama, who was a central architect in the Paris agreement, issued a statement after Trump announced his decision to withdraw from the accord. He said:

The nations that remain in the Paris Agreement will be the nations that reap the benefits in jobs and industries created. I believe the United States of America should be at the front of the pack. But even in the absence of American leadership; even as this Administration joins a small handful of nations that reject the future; I’m confident that our states, cities, and businesses will step up and do even more to lead the way, and help protect for future generations the one planet we’ve got.