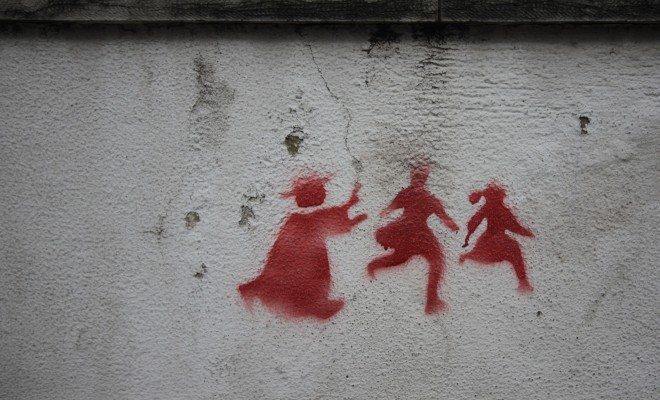 The FBI completed Operation Cross Country VIII last week, and it was definitely a success. Agents and officers rescued 168 children from sex trafficking, and arrested 281 pimps across the country. The operation spanned 106 cities and was part of the FBI’s Innocence Lost National Initiative. The FBI worked in conjunction with the National Center for Missing & Exploited Children (NCMEC) and local, state, and federal law enforcement agencies. This year’s mission was the most widespread yet; since 2003 Operation Cross Country has identified and recovered about 3,600 children from sexual exploitation.

In addition to the operation, the FBI and its partners are trying to increase awareness about child sex trafficking within our borders. John Ryan, president and CEO of NCMEC, called for better laws that would require child welfare services to report children missing. He said there is no federal legislation for agencies to report children missing from their care and only two states have such regulations. It’s clear that the children rescued in this year’s operation would not have been found without the valiant efforts of the FBI and NCMEC, because the laws just aren’t in place to protect them.

The lesson of Operation Cross Country is that our children are not for sale; that we will respond and crush these pimps who would crush these children. […] We will do this by seeking jail terms of many, many years, to send two messages. One, you will never do this again. Two, to others who might be tempted to crush the souls of children—you do that, and you’re risking your freedom and your life.

The Need for Legislation

NCMEC is pushing for state welfare agencies to create mandatory reports of all children missing from foster care. Without regulations requiring welfare agencies to report missing children, no one is looking for them–no one even knows they’re gone. And with no one aware of their whereabouts, no one can track their activities. So, more and more children are sucked into the sex trafficking industry. Here’s a breakdown by NCMEC:

The Children Who Need Our Help

In comparison to our nation’s total population, 3,600 children rescued may not seem like a lot, until you put a name or a face to the numbers. For me, that happened when Operation Cross Country took action nearby. This year’s operation rescued two girls from Montgomery County, Maryland–one of them was only 16 years old. But what really hit home were the arrests of four pimps in Prince George’s County, home to my college. To think the children I tutored last year, or the teenagers on the University of Maryland’s campus for summer sports camps could be coerced by pimps is horrific.

It’s a frightening reality. Take Nicole‘s story, for example. She was 17 years old when she met her pimp. He took her shopping, bought her nice things, and treated her to a life of luxury. He told her how she could make good money, quick; after her first day “on the job” she came home with $750. Then she got raped by a john and when she told her pimp he beat her and forced her to take an ice shower for three hours. She needed surgery to repair her broken ribs, wrist, nose, and head injuries. She had no family or friends. All of her assets were tied up in the pimp. She was trapped in the life of sex trafficking.

Then she met Dani Geissinger-Rodarte, an FBI Victim Specialist. With the help of Rodarte, Nicole was able to leave her pimp and build a case against him. Now, that pimp, Juan Alexander Vianez must serve 20 years in prison and pay $1.3 million in restitution for sex trafficking and interstate transportation of a minor in furtherance of prostitution, among other charges.

Nicole got justice, and thanks to Operation Cross Country, more than 3,000 other victims of human sex trafficking have as well. But the number of children who are coerced into the trade at young ages needs to be reduced, and our government should do more to protect them. Why are Florida and Illinois the only states that require social services and foster care providers to report missing children in their care to NCMEC? In just one year more than 4,000 children were reported missing to NCMEC from those two states. Adding the cases from the additional 48 states would up that number by a terrifying amount.

If legislation was passed mandating child care services across the nation report children missing from their care, Operation Cross Country could significantly increase the number of victims rescued. Kathryn Turman, Director of the FBI’s Office for Victim Assistance said more than six million children in the U.S. are involved in over three million reports of abuse each year. Turman said the victimization of these children severely affects healthy development and compromises their futures, which collectively comprises our nation’s future. She said the cost of not doing enough to protect and aid child victims of sex trafficking is colossal, stating:

“Doing all we can to bring these children with their often invisible wounds out of the shadows is our mission and our privilege. A hundred years ago a wise man stated, ‘If the children are safe, then everyone is safe.'”

The work that those involved in Operation Cross Country are doing to keep the children safe is incredibly admirable. They deserve the highest of praise.