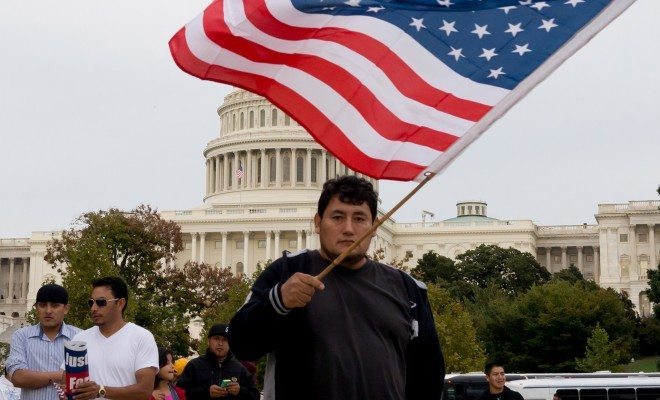 Obama’s Immigration Plan: Does it Have Any Hope of Moving Forward?

The millions of undocumented people living in the United States waiting for the “green light” to apply for the deportation protection program presented by President Obama may never get their chance, thanks to a Federal Appeals court decision Tuesday.

The appeals court for the Fifth Circuit opted to deny the Obama Administration’s request to lift a hold on the president’s executive actions on immigration. This court’s decision is a Republican victory for Texas and the 25 other states who collectively filed the lawsuit to prevent the president’s proposed path to citizenship from reaching fruition.

In November, President Obama first announced the executive orders to implement the Deferred Action for Parents of Americans and Lawful Personal Residents (DAPA). The program was designed to be a kind of “legal reprieve” by granting citizenship to undocumented parents of children born in the U.S. and illegal immigrants who have lived in the country permanently for at least five years.

The president also announced expansion plans for the 2012 Deferred Action for Childhood Arrivals (DACA), a program that permits teenagers and young adults who were born outside of the United States, but raised in the country, to apply for protection from deportation and for employment authorizations. However, both orders were immediately met with Republican resistance questioning the legality of such an action.

In a statement issued by Texas Attorney General Ken Paxton and quoted by CNN, Paxton praised the ruling calling it a “victory for those committed to preserving the rule of law in America.” Paxton said,

Telling illegal aliens that they are now lawfully present in this country, and awarding them valuable government benefits, is a drastic change in immigration policy. The President’s attempt to do this by himself, without a law passed by Congress and without any input from the states, is a remarkable violation of the U.S Constitution and laws.

The White House issued its own response to these allegations via spokesperson Brandi Hoffine who called the decision a “misrepresentation of the facts and the law.” Hoffine as quoted by USA Today said,

As the powerful dissent from Judge [Stephen] Higginson recognizes, President Obama’s immigration executive actions are fully consistent with the law. The president’s actions were designed to bring greater accountability to our broken immigration system, grow the economy, and keep our communities safe.

Fifteen states and the District of Columbia, business leaders, local law enforcement and elected officials, educators, faith leaders, legal scholars, and others have all asked the courts to allow these actions to move forward, given the important economic and public safety benefits.

With bids for the 2016 presidential election already well under way, these programs were meant to be a lasting part of Obama’s presidential legacy, but it’s unclear where their fate may now lay. The White House and Justice Department lawyers are reportedly evaluating the court’s ruling while considering possible next steps. Regardless of which side of the immigration aisle you lean, it’s obvious that this decision does little to fix the nation’s broken system.

Alexis Evans
Alexis Evans is an Assistant Editor at Law Street and a Buckeye State native. She has a Bachelor’s Degree in Journalism and a minor in Business from Ohio University. Contact Alexis at aevans@LawStreetMedia.com.
Share:
Related ItemsDeportationExecutive OrdersFederal Appeals CourtIllegal ImmigrantsImmigrationImmigration PlanPresident ObamaUndocumented Workers