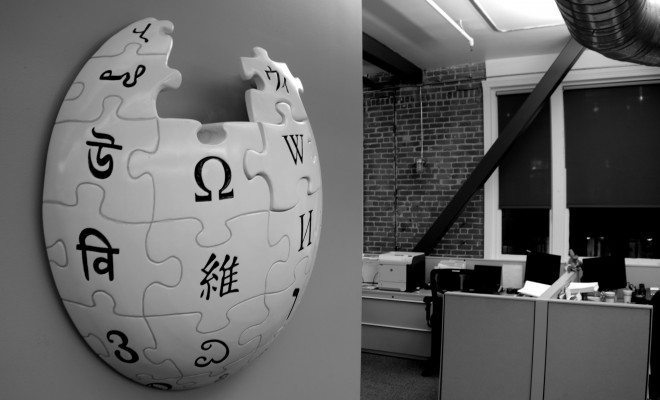 There have been edits made to Wikipedia pages about some high profile deaths at the hands of police in New York City. Those edits have now been traced to 1 Police Plaza, the headquarters of the New York Police Department (NYPD).

The edits seem to have focused on the pages regarding three of those deaths–Eric Garner, Sean Bell, and Amadou Diallo. Eric Garner was killed on July 17, 2014, after being put into a chokehold by an NYPD officer. While in the chokehold, he wasn’t able to breathe, lost consciousness, and passed away. Sean Bell died after being shot by an NYPD officer in Queens in 2006. He and two friends were shot a total of 50 times after leaving his bachelor party. Amadou Diallo was shot at approximately 41 times by NYPD officers and passed away in 1999. These three instances are often cited as examples of profiling, discrimination, and racial biases in the ranks of NYPD.

Most of the edits to those entries attempted to diminish the seriousness of the situations, and downplay the allegations levied against NYPD after each of them. For example, the Garner entry was edited so that “chokehold” was changed to “respiratory distress.” There was also an instance in the Garner entry where the sentence “use of the chokehold has been prohibited” was edited to read “use of the chokehold is legal, but has been prohibited.” The explanation of what happened before the takedown was changed from “Garner raised both his arms in the air” to “Garner flailed his arms about as he spoke.” The line “Garner, who was considerably larger than any of the officers, continued to struggle with them” was also added. While some of these changes seem subtle, they are clear attempts to imply that the NYPD’s actions against Garner were justified.

There was also an attempt to delete Sean Bell’s page altogether. According to Capitol New York, the user made a note on Wikipedia’s list of “articles for deletion” saying:

He [Bell] was in the news for about two months, and now no one except Al Sharpton cares anymore. The police shoot people every day, and times with a lot more than 50 bullets. This incident is more news than notable.

There were also attempted edits or edits made to other pages, including NYPD’s very controversial “stop-and-frisk” policies. Capitol New York pointed out (bolding theirs):

This was also added to the entry on stop-and-frisk:

The rules for stop and frisk are found in New York State Criminal Procedure Law section 140.50, and are based on the decision of the United States Supreme Court in the case of Terry v. Ohio.

An internal review is being conducted due to the edits. At this point, it’s not known who was involved or how many pages were affected. A watchdog Twitter account has been set up to tweet whenever Wikipedia edits are made from a computer with an NYPD IP address, although it has yet to catch anything since it was created. It may have been inspired by one of those for Congress, called @congressedits. That account tweets anytime a computer with a Congressional IP address edits a Wikipedia entry.

The NYPD’s edits look bad–it’s an attempt to downplay legitimately dark spots in its history. Its time and resources would certainly be better served working to prevent incidents like the deaths of Eric Garner, Sean Bell, and Amadou Diallo in the future.

Anneliese Mahoney
Anneliese Mahoney is Managing Editor at Law Street and a Connecticut transplant to Washington D.C. She has a Bachelor’s degree in International Affairs from the George Washington University, and a passion for law, politics, and social issues. Contact Anneliese at amahoney@LawStreetMedia.com.
Share:
Related ItemsEric GarnerNYPDOfficer ShootingPolicePolice BrutalityWikipedia