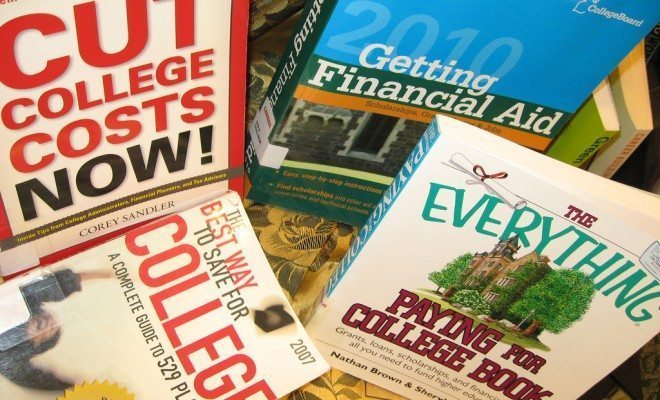 It’s no secret that college tuition has increased by leaps and bounds over the last few decades. There are a lot of bills to be paid, and there’s no question that if you want an education, someone has to pay those bills. The new question, however, is who? Is it the students’ responsibility? Or their parents? New Jersey judges and legislators are starting to weigh in on that pivotal question.

Several cases have sparked the need to look into this question, but the most recent–and probably most talked–about is that of a young woman named Caitlyn Ricci. Ricci is from New Jersey, but chose to attend school at Temple University in Philadelphia. She’s pretty much estranged from both of her parents, who have long been divorced. After she was kicked out of an internship program for underage drinking, she moved into her grandparents’ house and eventually began attending Temple. But a judge just ruled that her parents have to pay $16,000 toward her education, even though they didn’t want her to go to Temple in the first place. She is apparently now doing well–she works 30 hours a week in addition to attending classes.

Part of the issue appears to be that there’s a legal loophole–the fact that Ricci’s parents, Michael Ricci and Maura McGarvey, are divorced. They may not have to had to pay if they were married. After all, in a similar case regarding a young woman named Rachel Canning, also in New Jersey, she sued her parents to pay her last year of private high school, and she didn’t end up winning.

Michael Ricci explains that’s he pretty upset about the whole ordeal. He told Yahoo News that he would have been fine paying his daughter’s bills if she had remained at a state school. He explained his frustrations, saying:

We offered in-state tuition and she wants to go out of state. Common sense would say she should pay for it. The law is ridiculous. My ex and I have met with legislators who are writing a new bill that protects parents from this happening again. Do you realize that if you are married in the state of New Jersey, you are not under any legal obligation to pay for college? But, if you get divorced, you must contribute? Please, someone tell me how that makes sense. Not only do you have to pay, but apparently you have to pay for any college they want to go to, anywhere in the country. My ex and I have five kids between us, a mortgage, and other expenses. Why don’t they take any of that into account?

He has also said that he’s not going to pay–he’d rather be held in contempt of court.

Now a couple of New Jersey legislators have teamed up with Ricci’s parents to make sure this won’t happen again. They don’t want any other divorced parents put in the position that Ricci and McGarvey were. Two assembleymen–Paul Moriarty and Christopher Brown–are working to make sure that the law always treats divorced and married parents fairly and equitably.

It’s definitely a tough debate, and I think it’s more linked to the rising college costs than anything else.

The numbers in this infographic are even a little old–they are from a couple of years ago, but they still illustrate a point I’d like to make. Someone having a child in the early-to-mid 90s could expect to pay about $5,000 to a public university, but now they’d pay $12,804. Similarly, they could expect to pay around $10,000 to a private university, but now it’s over $30,000. There was no good way for most average parents to predict how exponentially the cost of college was going to increase, so it would be hard for them to predict whether or not they could pay for a child’s schooling all the way through graduation. That being said, it’s also very hard to imagine a student being able to pay for everything him or herself, and while loans are of course a very viable option, they do lead to a lot of debt. It puts families in a tricky position. Ricci will get the money she needs, presumably, but at what cost?

Anneliese Mahoney
Anneliese Mahoney is Managing Editor at Law Street and a Connecticut transplant to Washington D.C. She has a Bachelor’s degree in International Affairs from the George Washington University, and a passion for law, politics, and social issues. Contact Anneliese at amahoney@LawStreetMedia.com.
Share:
Related ItemsCaitlyn RicciCollegeCollege TuitionDivorceIn-State TuitionLawsuitNew JerseyNJOut-of-State Tuition