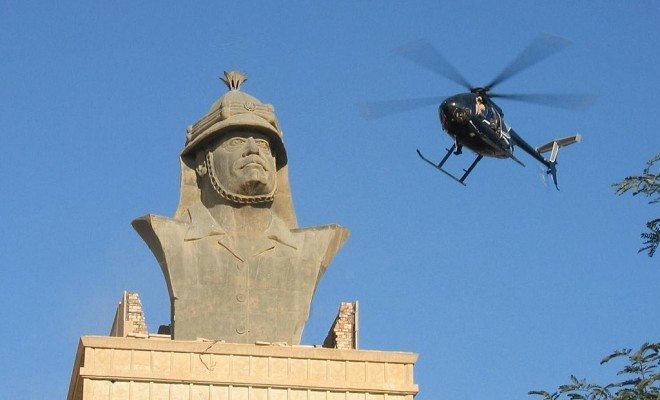 The DOJ has brought new charges against four former Blackwater Security contractors by the names of Dustin Heard, Evan Liberty, Nick Slatten, and Paul Slough. All four men were previously in various branches of the US military before joining Blackwater, a private military and security company founded in 1997.

These four former Blackwater employees are now being charged with multiple counts of voluntary manslaughter and attempt to commit manslaughter because of their involvement in the 2007 Nissor Square Massacre. On September 16, 2007, these four men shot at Iraqi civilians in Nissor square, leading to the 17 deaths and 20 injuries. The Blackwater contractors were in the Square to clear a way for American officials coming in a convoy. Exactly what happened that day is still somewhat unknown: Blackwater argues they were provoked, Iraqi police say they were not. A further FBI investigation determined that at least 14 of the deaths were unprovoked and classified the incident as an “unprovoked illegal attack on civilians.”

A year after the incident, the US charged the contractors who were present with various counts of manslaughter and weapons violations, but the charges were dismissed by a US Judge. The explanation given for the dismissal was that the testimony the case was based on was inadmissible. In 2011, three years later, an appeals court disagreed. Last week, four contractors were re-indicted —of the six involved in the incident, one has already pleaded guilty and another had charges against him dropped.

Last time the charges were brought, Heard, Liberty, Slatten, and Slough all pleaded not guilty and alleged that their actions in Nissor Square in 2007 were exclusively acts of self-defense. As of yet, there is no indication what they plan to plead for these new charges or when the case will actually begin. The indictment says that the four men, “unlawfully and intentionally, upon a sudden quarrel and heat of passion, did commit voluntary manslaughter.” The contractors on trial will need to prove that they did in fact act in self defense.

This opportunity to discuss Blackwater comes at a time when Americans are becoming increasingly frustrated with their government, partly because of a lack of transparency. The history of Blackwater, which has now changed its name to Academi, sheds an interesting light on US military policies. Blackwater was originally founded in 1997, and was intended to supplement already existing military force. One of the founders, Erik Prince, stated , “We are trying to do for the national security apparatus what FedEx did for the Postal Service.”

Blackwater mainly began by helping with training and providing protection services. It was one of a few different private firms hired in the Afghanistan and Iraq war. It is estimated that in 2006, there were 100,000 private contractors working for the Department of Defense. This is a huge departure from previous wars—estimates only place about 10,000 contractors in the Persian Gulf War. This farming-out of war to private militaries has the potential to grow even further in future conflicts. The DOJ is taking an admirable step in forcing accountability for these groups by the indictment of the four contractors involved in Nissor Square Massacre.

Anneliese Mahoney
Anneliese Mahoney is Managing Editor at Law Street and a Connecticut transplant to Washington D.C. She has a Bachelor’s degree in International Affairs from the George Washington University, and a passion for law, politics, and social issues. Contact Anneliese at amahoney@LawStreetMedia.com.
Share:
Related ItemsAcedmiAfghanistanBlackwaterChargesContractorsDepartment of DefenseDepartment of JusticeDOJErik KingManslaughterWarXe