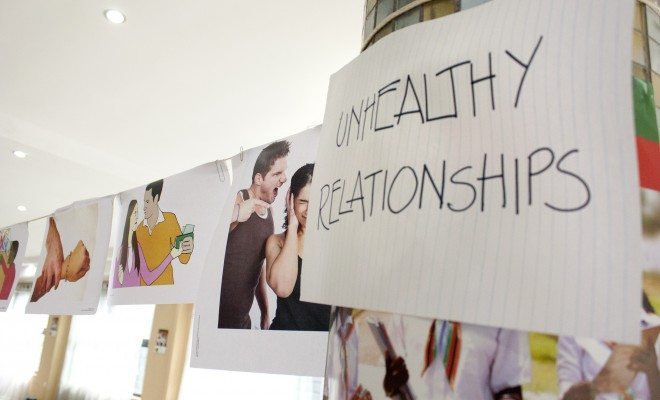 On Wednesday, the Mississippi Senate voted not to make domestic abuse a valid reason for getting a divorce. Senate Bill 2418, passed in the house but died in the senate after additional amendments were added.

The state currently has 12 grounds for divorce, and domestic abuse would have been the 13th. Some of the established grounds that warrant divorce are impotency, adultery, habitual drunkenness, and mental illness.

In addition, one of the grounds is “Habitual cruel and inhuman treatment.” This seems as if it would satisfy concerns of domestic violence because it is cruel and inhumane treatment. However, as vague as it is, it may not have been effective enough, which is a reason why legislators introduced the amendment.

It is the word “habitual” that raised concerns for legislators like state Sen. Sally Doty, a Republican representing Brookhaven, Mississippi.

“I said it in committee, and I won’t back down from it. I think one instance of domestic violence is enough for me,” Doty told the Jackson Free Press. She added, “I don’t think you should have to say, ‘Oh no, he beat [me] up again,’ and then we’ll see if it doesn’t work out.”

The state senate initially passed the bill, but when the house added a provision to allow divorce after separation for at least two years, it failed to make its way to the governor’s desk. Mississippi is only one of a few states that require fault for a divorce.

One interesting issue with the proposed legislation is that it only discusses physical domestic violence. In instances of emotional, financial, or mental abuse, the amendment would not have been able to have helped.

“I’m in favor of anything that helps our women and children, make life easier, and help them get through the process faster,” Lorine Cady, Founder and Executive Director of House of Grace, said to WREG.

Domestic abuse is a significant issue for many Americans. According to the National Coalition Against Domestic Violence (NCADV):

In addition, NCADV also notes, “1 in 7 women and 1 in 18 men have been stalked by an intimate partner during their lifetime to the point in which they felt very fearful or believed that they or someone close to them would be harmed or killed.”

Women and men who find themselves in the position of an abusive and/or violent relationship have a difficult time getting away from their partner. Streamlining the divorce process and making it clearer would be a small step to addressing the issue, giving an individual the tools they need to legally get away from an abusive marriage.

Julia Bryant
Julia Bryant is an Editorial Senior Fellow at Law Street from Howard County, Maryland. She is a junior at the University of Maryland, College Park, pursuing a Bachelor’s degree in Journalism and Economics. You can contact Julia at JBryant@LawStreetMedia.com.
Share:
Related ItemsDivorceDomestic AbuseDomestic ViolenceMississippiState Legislature